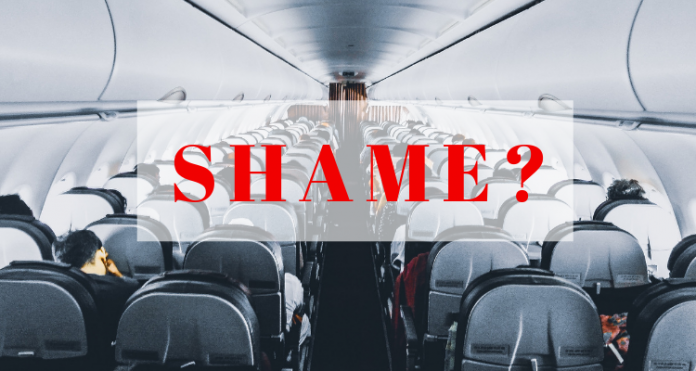 According to SJ, Statens Järnvägar, the national railway company in Sweden, a single flight between Sweden’s two biggest cities, Stockholm and Gothenburg, generates as much CO2 as 40,000 train journeys!

Are you surprised? You’re not alone: There has been an increasing number of Swedes who are turning into eco-conscious tourists and changing the way they travel.

There’s even a term, “Flygskam” (flight shame) which translates to a feeling of embarrassment or being ashamed to fly due to the environmental impacts of air travel. Likewise, you might also see the hashtag #jagstannarpåmarken on social media, meaning #Istayontheground and shows off savvy travelers taking more earth-friendly means of transport (such as buses or trains) to get to their destination.

This shift in the tourism industry is largely thanks to the effects of global warming, which have made its mark in southern Sweden this past year.

The movement was spearheaded by Greta Thunberg, a young girl from Sweden who is leading a movement to fight climate change. On 15 March 2019, more than 1.4 million students in 112 countries around the world joined her call in striking and protesting, and she was even nominated for the Nobel Peace Prize.

The SJ survey also notes that for the first time ever, climate change was the number one reason why travelers chose the train over an airplane. According to the survey, 37% of respondents chose to travel by rail instead of air, compared with 26% last autumn and 20% in early 2018.

The results mirrored those from Swedavia, which operates Sweden’s 10 busiest airports. The company said domestic passenger numbers fell by 8% from January to April and an overall 3% fall in the whole of 2018.

But what about airline companies? Rickard Gustafson, chief executive of Scandinavian Airlines, notes: “Airlines, like other infrastructure, are needed in order for us to have the societies we want…,” he said in an interview at SAS’s headquarters in Stockholm. “It’s important that people can continue to meet and that the world can continue to travel. But we can’t continue to just travel without adjusting to a sustainable way.”

“The journey toward a fossil-free footprint will be long, but I’m a technology optimist,” Gustafson said. “One day a scientist will figure out how to replace the current jet engine, and I think those planes will become available to all of us in, say, 20 years’ time.”

As for now, are you “on board” with taking the train? There’s a term you can use: “tågskry,” which literally translates as “train brag.” If not, no worries – you can “smygflyga,” or “fly in secret.”