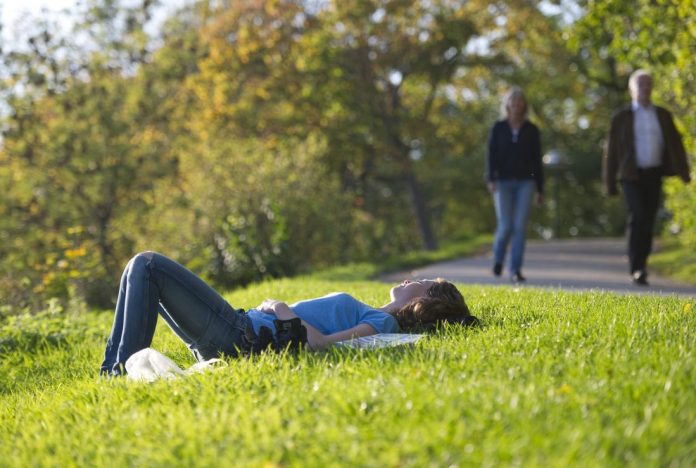 Red and orange leaves, chilly weather, and the return of Pumpkin Spice Lattes – it may feel like autumn is in full swing for most of us… but not for the residents of southern Sweden.

Last Thursday was the hottest October day in Sweden’s second largest city, Gothenburg, as temperatures peaked at a high of 21.1C. The previous record of 20.8C was set way back in 1874 and was the uncontested champion until this year.

Thanks to a phenomenon called Brittsommar (literally translated as British Summer), other parts of Sweden also experienced a heat wave last week, such as Väderö, where temperatures hit 21C.

According to Lasse Rydqvist, a meteorologist at Sweden’s Storm Weather, “A low pressure from the Norwegian Sea makes the warm air coming from Germany and France [into Southern Sweden].”

This doesn’t come as a surprise to Swedes, which have been battling the elements for the majority of this year: from having the hottest summer on record to holding an underground pool party after torrential floods, these guys can handle it all. There’s even a popular Swedish saying — “There is no bad weather, only bad clothing.”