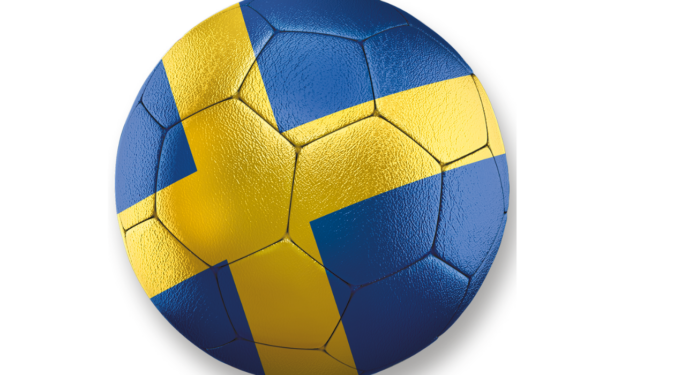 Over the years, Sweden has produced some incredible soccer players, such as Zlatan Ibrahimovic, Gunnar Nordahl, and Nils Liedholm. But who are the Swedish players to keep your eyes on right now? Here is our rundown of the top five.

Born in 1986 in Umeå, Mikael Lustig has been putting in a solid effort at Euro 2020, despite getting a yellow card. He has played for the Swedish national team since 2008 and has represented his country at the two previous UEFA Euro competitions as well as the 2018 FIFA World Cup. Lustig first made a name for himself in the under-21 national team, where he fittingly played twenty-one matches. He went on to play for Scottish Celtic and Belgium’s Gent. Today, the right or center back plays for AIK. Lustig is known for his keen eye and his ability to read the ball quickly, and he is undoubtedly one to keep your eyes on right now.

At Euro 2020, Olsen has already made five saves in his first two matches. In addition to playing for the Swedish national team, the goalkeeper, who was born in Malmö in 1990, plays for Everton in the English Premier League, but he is on loan from Roma. After being picked as Sweden’s backup keeper at Euro 2016, he became the national squad’s first-choice goalie, and he has proved his worth since. It will be interesting to see how Olsen progresses at Euro 2020. And if you need more soccer action than that already being provided at the European Championships, you can always play fun and thrilling soccer video games like FIFA 21, or even the great slot game Football Star, which is available at Casumo casino.

Victor Lindelöf was born in Västerås in 1994. The twenty-six-year-old defender plays for Manchester United and the national Swedish team. His career began at Västerås SK in 2009. He then went on to play for Benfica in Portugal, initially at youth and B levels before playing for the first team and winning three Primeira Liga titles. Lindelöf moved to Man United in 2017. He has represented Sweden at under-17, under-19, and under-21 levels, and was a key player of the squad that won the UEFA Euro Under-21 Championship in 2015. He made his debut appearance for Sweden in a senior role at Euro 2016.

In the last LaLiga season, Alexander Isak scored fourteen goals and came in sixth place in the league. He may not have yet scored at Euro 2020, but Isak is unquestionably one of the Swedish players to keep your eyes on right now. Born in Solna, Stockholm, the forward now plays for Real Sociedad and the national Swedish team. He began his career with AIK back in 2016 before moving to Real Sociedad in 2019. Alexander has won more than twenty caps for his country and is the youngest ever scorer both AIK and the Swedish national team has ever had.

Juventus may have had a frustrating season, but that did not stop Dejan Kulusevski from being a force of positivity during difficult games. Most notably, the young winger scored and assisted in the 2-1 Coppa Italia final win against his former team Atalanta, which helped to secure his place in the Swedish national squad. Born in Stockholm in 2000, the twenty-one-year-old began his career with Atalanta in 2019 before moving to Parma on loan the next season. He then moved to Juventus. Kulusevski already has eleven caps to his name, and with his quick, physical, and technical skills, along with his ability to play in various midfield and attacking positions, most agree that Dejan Kulusevski is the brightest star to emerge from Sweden in a long time.