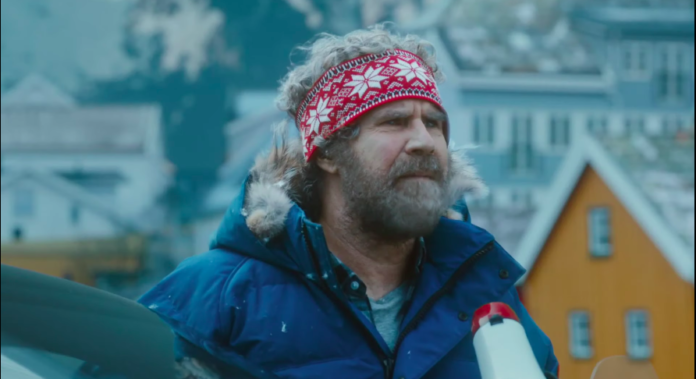 All week we have been seeing teasers of the Super Bowl commercial featuring Will Ferrell, leaving us wondering, why does Will Ferrell hate Norway?

Is it because Will Ferrell is in fact married to the Swedish, Viveca Paulin? Or does he feel patriotic to Iceland after his hit movie, Eurovision Song Contest: The Story of Fire Saga?

Last Sunday night confirmed literally none of our guesses. Will Ferrell hates Norway because… They sell way more electric cars per capita than the United States. Seems like a legit reason.

According to The Explorer, Norway has long been at the forefront in regards to Electric Vehicles:

“Norway has by far the largest market share of EVs of any country in the world. In 2020, for the first time, more than 50 percent of new cars sold were electric cars. In total, approximately 10 percent of cars on Norwegian roads are EVs, and this number will continue to climb as electric car sales continue to rise.”

General Motors, the company behind the commercial, has convinced the famous comedian to create perhaps the most hilarious Super Bowl commercial this year, to promote their electric cars and Ultium battery.

In the commercial, Will Ferrell travels to Norway with his friends, who end up in Finland, while he somehow ends up in Sweden. We’re unsure why they travel to Scandinavia in the first place, whether it is to punch Norway in the face or to make a point that GM’s new Ultium batteries are very effective long-range.

Either way, thank you GM for giving us yet another reason to love Will Ferrell.