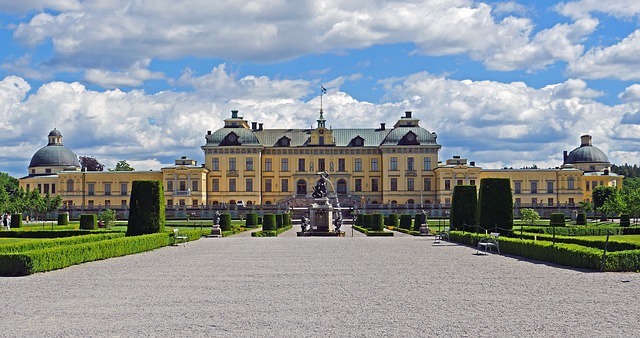 In today’s era, the Scandinavian monarchies are mainly symbolic, serving in ceremonial capacities, representing the country abroad and nourishing relationships with other world leaders and countries.

We recently wrote an article about the epic love story and the struggles which the Swedish crown princess Victoria, and her husband Prince Daniel, had to overcome to marry. But did you know that the day Victoria ascends on the throne as Queen of Sweden, she will be the head of state of one of the oldest monarchies in the world?

The kingdom of Norway is considered the oldest Scandinavian monarchy and the 6th oldest monarchy in the world, founded around 885 AD, with Harald Fairhair as the country’s first monarch. Since then Norway has been in unions with both Sweden and Denmark and acted as an independent monarchy. They gained their long-lasting independence in 1905 when the union with Sweden was dissolved. Norway’s current ing Harald V descends from the House of Glücksburg, who was the first royal family to rule after the break with Sweden.

The 7th oldest monarchy in the world is the smallest (in size, not personality) Scandinavian country, Denmark. Fun fact, Queen Margarethe is also the cousin to Swedish King Carl XVI Gustaf.

Sweden comes in as the 8th oldest monarchy in the world, but yet the youngest monarchy of the Scandinavian countries. Swedes will generally refer to Gustav Vasa as the first real king of the Swedish kingdom but the first monarch in Sweden, Eric the Victorious, actually ruled from 970-995. There are, however, written records of Swedish kings dating back as far as to 100 AD, which has yet to be confirmed.

For more info about the oldest monarchies in the world: http://www.oldest.org/politics/monarchy/

This article was originally published on March 24, 2019.