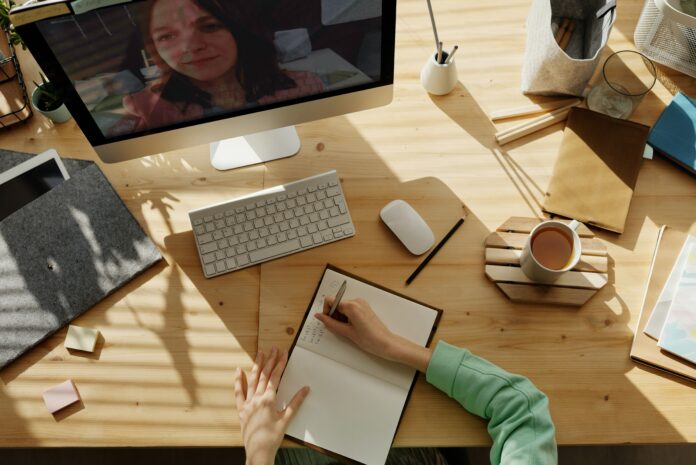 Game design has become an increasingly common study subject for Swedish students. Many are also eyeing the U.S. to find the right education with the hope of having a successful career in the industry. We therefor decided to compile a list of some of the schools to study game design in the U.S.

Sweden has been prominent in game design for several years and many games have been developed thanks to Swedish ideas and methods. During the 2000s, more and more Swedish companies succeeded in breaking into the international gaming market and also increased domestic interest in working in the industry and developing world-leading games and slots, including Starburst casino.

Since then, the Swedish gaming market has been growing steadily every year. Large gaming companies with a great influence in the gaming world have a connection to Sweden. A big example of that is how the Swedish gaming market had a turnover of just over SEK 24 billion in 2019 and where several companies made their big breakthroughs in the gaming world.

Some of these are Mojang, Embracer Group, King, Stillfront Group, EA Digital Illusions, Paradox Interactive and G5 Entertainment. Yes, the list can simply be made long of successful developers in game design and it has also increased the interest of many to work in the industry.

Studying game design is a growing phenomenon within the country and many quality schools are available in Sweden. Among other things, you will find game development at Futuregames, Malmö University, Stockholm University, Skövde University, TGA Education in Malmö and Gothenburg University.

Of these, Futuregames in Stockholm is the most prominent, and many with the ambition to enter the gaming industry apply to this particular school. According to The Rookies magazine – which annually awards creative schools around the world – Futuregames is ranked as the second best school in the world for game development and game design. Something that confirms this is that more than 400 active game developers in the industry have been trained at the university of applied sciences and that it is often a straight path into the big companies that work with game design and development.

However, a growing trend we can discern is that more and more are looking abroad to develop their skills in the subject and to enter the industry. Not only does it increase language skills, it also gives an insight into how work in game development works around the world and how new trends and methods can be transferred to the Swedish context.

If you choose to study the education abroad, you will be guaranteed to be relevant on the job market when you have completed your studies and have a Bachelor’s degree to be proud of. One of the many good places to take your game design to the next level is the USA, where several large universities offer good education in the field. The country is considered one of the best in game design, and if you want to be sure of getting a solid education, you should apply to the American continent.

But which bachelor’s degree programs in the USA are best for those who want to work in game design in the future? Swedes are generally known to be one of the best non-native English speakers and thus have good opportunities to complete an education in the USA.

Ringling College of Art and Design

In scenic Sarasota, Florida sits Ringling College of Art and Design. It is a private school that opened its doors in 1931 and is one of the schools with the absolute highest reputation. The school was established by Ludd M. Spivey and initially had 75 registered students, a number that has slowly but surely increased since then. Today, there are over 1,500 students studying at Ringling College.

It is not least the computer animation program that attracts many students with big dreams to apply to Ringling College. The program is said to be one of the world’s absolute best on the subject.

Full Sail University
We are staying in Florida but moving to a slightly bigger school. Full Sail University was founded in 1979 in Dayton, Ohio but is now located in Winter Park, Florida. The school moved early, already in 1980, and was initially a recording studio. With almost 20,000 enrolled students, such a room is not really enough.

Full Sail University is a privately owned school that has won several awards and is very highly regarded especially when it comes to educations where sound and image are in focus. Looking over the list of people who have graduated from Full Sail University, there are several famous names.

With campuses all the way from Singapore to Bilbao, Spain, DigiPen Institute of Technology is a university at the forefront when it comes to offering game developers worldwide a high-class education. Located in Redmond, Washington, the physical university focuses squarely on computer science, animation, game development, and everything in between.

DigiPen Institute of Technology was founded as recently as 1988 in Vancouver, British Columbia. Since then it has only grown bigger and today there are just over 1000 students at this well-regarded university in the industry.

Swedish vs US education systems