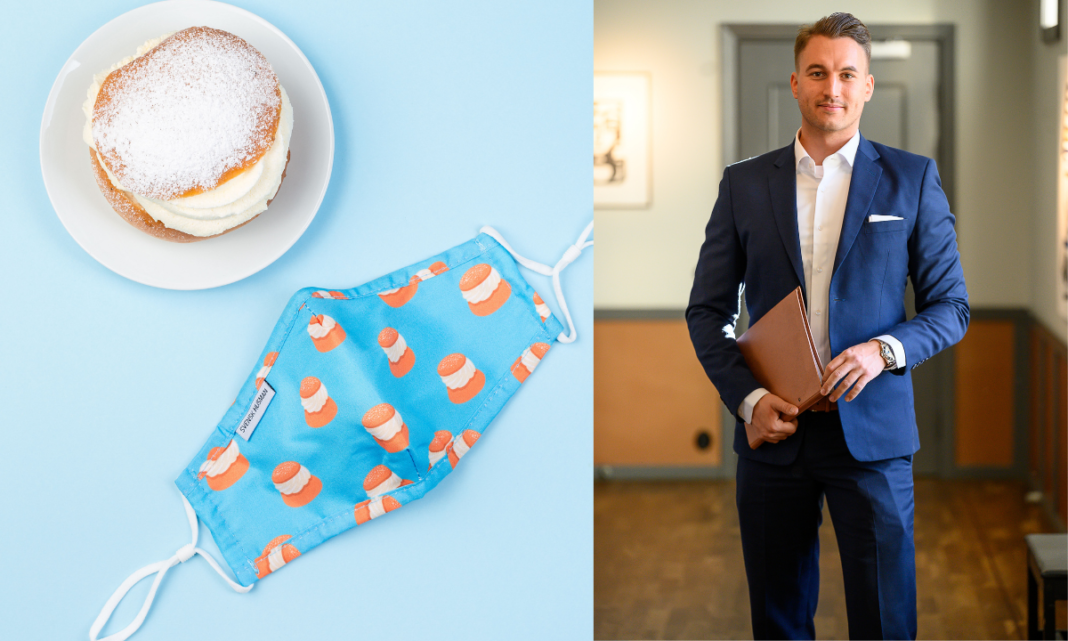 Not many Swedes in the States readers have missed the colorful and tasty looking socks from Svensk Husman Socks that we have been obsessed with lately.

The fun idea of creating Swedish food-themed socks came to Eric Blomster about two years ago while on vacation with friends. The sock entrepreneur from Nynäshamn in Sweden has since then managed to expand his customer base from Sweden to Asia and the United States, ultimately landing his products at Swedes in the State’s very own store, The Nordic Collective.

With a unique product on the market, we wanted to learn more about the one-man show behind the brand Svensk Husman Socks.

Tell us about Svensk Husman and how you decided to get into Swedish themed socks?

The idea behind the socks came when I was on vacation with some friends in Spain in 2018.

A friend and I sat and brainstormed one evening, and I began to think about what you could do that none of the other leading stocking providers had done.

As I am a trained chef, it felt natural to come up with ideas that included Swedish food and Swedish pastries. That is where the very idea began to take shape and the next thing I did was to figure out how it could be done.

Do you design the socks yourself?

Yes! I design and develop all products, drive sales, plan, and arrange new themes like the surströmming or the crayfish socks. I also manage our webshop and partnerships.

Do you have an entrepreneurial background?

I am a chef having worked for many years in the restaurant and hospitality industry which is how I gained a solid insight into food, food culture, raw materials and learned a lot about food in both theory and practice. I draw my inspiration from my background as a Swedish chef but today I work entirely with my own company, Svensk Husman Socks.

Which products sell the best?

My absolute favorite design is the cinnamon bun but it’s hard to say which product sells the best because it is very much based on what holiday and season it is.

In Sweden, we celebrate certain foods during the year, such as ”the day of the Cinnamon bun” in October, which naturally drives the sales of the cinnamon bun socks up. In August and September, the crayfish sock sells the best because that is when Swedes have crayfish parties.

What is your vision for Svensk Husman?

My vision is to pay tribute to Sweden’s food culture through our fun socks and other products that we have.

I hope Svensk Husman has a strong and stable growth which is based on high-quality products and customer satisfaction.

This article was originally published on December 1, 2020.