Home News #Swedishmade: The story of Alfred Nobel and the dynamite 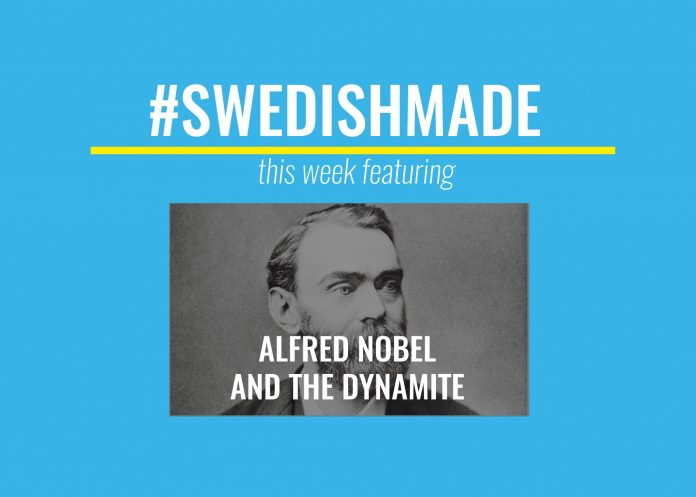 In #Swedishmade we introduce famous brands, apps, artists, DJs, and companies that are made in Sweden. We’re skipping H&M, IKEA, and ABBA because we know that you already know they’re Swedish treasures – instead we are highlighting equally as awesome people, brands, and companies, that we are guessing you didn’t know were Swedish. Are we right or are we wrong? Don’t forget to vote in the poll below the article!

Today is December 10, known in Sweden as Nobeldagen – the day of Nobel. So it is with no further ado that we would like to introduce Alfred Nobel, and his most famous invention – the dynamite. 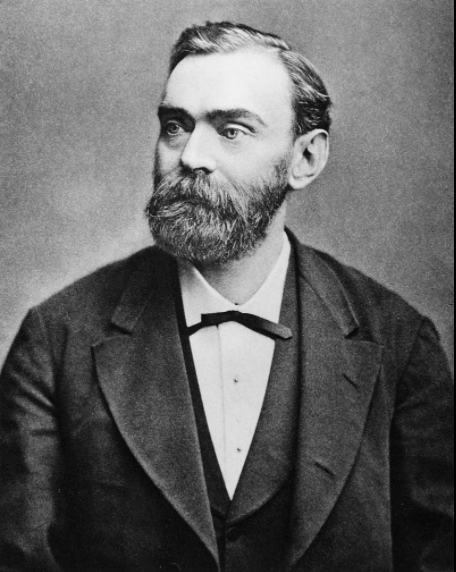 Alfred Nobel was born in Stockholm, Sweden in 1833. He was one of eight kids and the son of the inventor Immanuel Nobel, also an inventor and the founder of Sweden’s very first rubber factory. Although a bright man with many successful ventures under his belt, he would never have the same impact on the world as his son would have one day.

At the age of nine, Alfred and his family moved to St. Petersburg, Russia. At first, the family was so poor that Alfred was forced to sell matches on the street. Although the family was struggling during their first years in Russia, it wouldn’t be long before Alfred’s father managed to grow his small workshop into a real business, even acquiring the Tsar of Russia as one of his clients. The company was successful up until the Russian revolution when Alfred, his parents, and brother had to move back to Sweden.

Upon returning to Sweden, Alfred traveled to the United States for an internship with the famous Swedish inventor, John Ericsson, and later on to France as an apprentice for the chemist Théophile-Jules Pelouze. It was during his internship with Pelouze that Alfred’s interest in explosives was ignited, in particular, the chemical nitroglycerin.

The dynamite and nitroglycerin

While learning about Nitroglycerin, Alfred quickly realized how volatile and dangerous the chemical was. At the time, it was commonly used as an explosive but the chemical was extremely sensitive and the risk of getting hurt or even killed when dealing with Nitroglycerin was high. Alfred had even lost his own brother in a nitroglycerin accident that took place in one of his own factories.

In a factory in Hamburg, Alfred began experimenting with nitroglycerin with the intention of finding a way to lower the risks of working with the chemical, without compromising its strength and efficiency. He tried mixing coal and sawdust in an attempt to manage the substance by diluting it. But it was the Diatomite earth that, together with the Nitroglycerin, created a formidable and stable dough, which would become the composition of the very first dynamite.

The invention of dynamite revolutionized the construction and mining industries. Ironically, given the options, the dynamite saved a lot of lives by providing a safer way of working with explosives.

Alfred patented the dynamite in 1867, which would skyrocket him to fame and also make him one of the richest men in Europe.

In 1888, a French magazine made the mistake of confusing the death of Alfred’s brother as the death of Alfred, and published an obituary for Alfred saying: “The merchant of death is dead”. This affected Alfred deeply, and he worried about how he would be remembered when he was gone. Being a philosopher and pacifist, “the merchant of death” was the last thing he would want to be remembered as.

When Alfred Nobel died in 1896, many were surprised to find that he had willed the vast majority of his assets, 94% to be exact, to the start of a foundation is his name. The foundations’ most important job was to award people who had significantly contributed to a better world within the fields of physics, chemistry, peace, physiology or medicine, and literature. This was the birth of the Nobel prize, the world’s most prestigious and famous award. 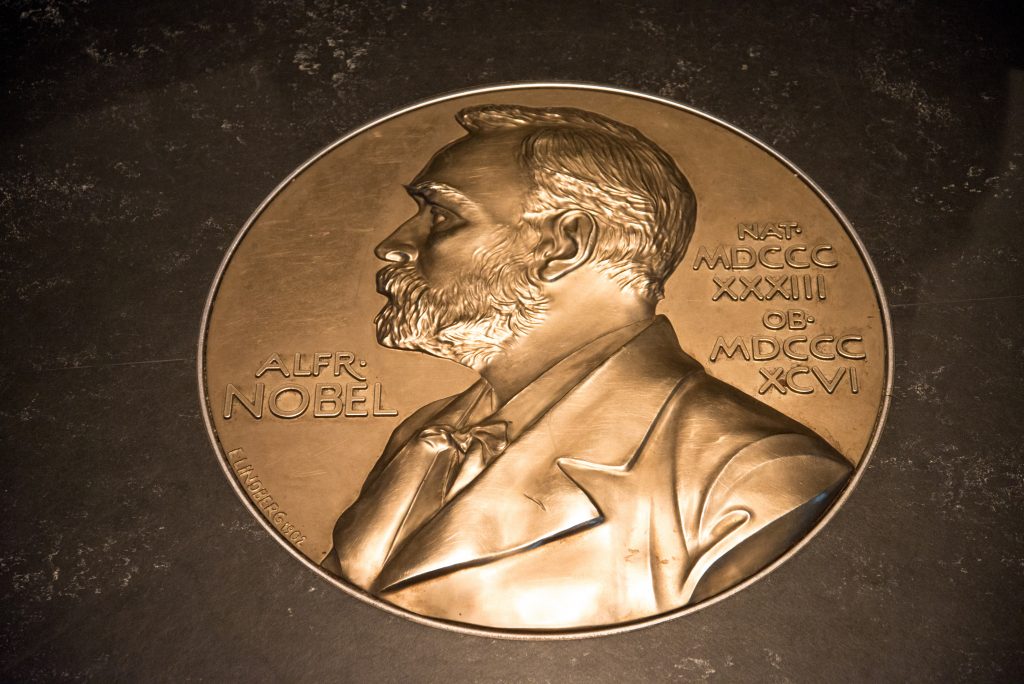 Alfred Nobel managed to patent 355 inventions during his lifetime, some of them being; artificial rubber, a gas meter, an apparatus for measuring water and other liquids, and of course, the dynamite. You can find the full list of his patents on Nobelprize.org website.

In Sweden, we commemorate and celebrate Alfred Nobel every year on the day of his death, the 10th of December. The day is called “Nobeldagen” and is also the day Nobel’s legacy is celebrated by awarding scientists, entrepreneurs, authors, and heroes in his name. A legacy not only Alfred Nobel would be proud of, but one that all Swedes can be proud of.

Did you know the dynamite was a Swedish invention?