In #Swedishmade, we introduce famous brands, apps, artists, and companies that are made in Sweden. We’re skipping H&M, IKEA, and ABBA because we know that you already know they’re Swedish treasures – instead we are highlighting equally as awesome people, brands, and companies, that we are guessing you didn’t know were Swedish. Are we right or are we wrong? Don’t forget to vote in the poll below the article!

The most important inventions of all time, we can probably all agree on are the inventions that save lives. The inventions that are responsible for saving thousands or maybe even millions of lives since it was first introduced to the world. Much like the three-point seatbelt.

Did you know that the invention that would come to save an uncountable number of lives was #swedishmade?

In 1958, Nils Bohlin was hired by Volvo to be their first Chief Safety Engineer. Following a fatal car crash of a relative to the CEO of Volvo, they decided to increase their safety measures. Nils had previously worked for SAAB, another Swedish automotive company, designing ejector seats in fighter jets. He had vast experience using the 4-point harness in airplanes but understood that implementing that into cars would be harder, and less efficient for the passengers. 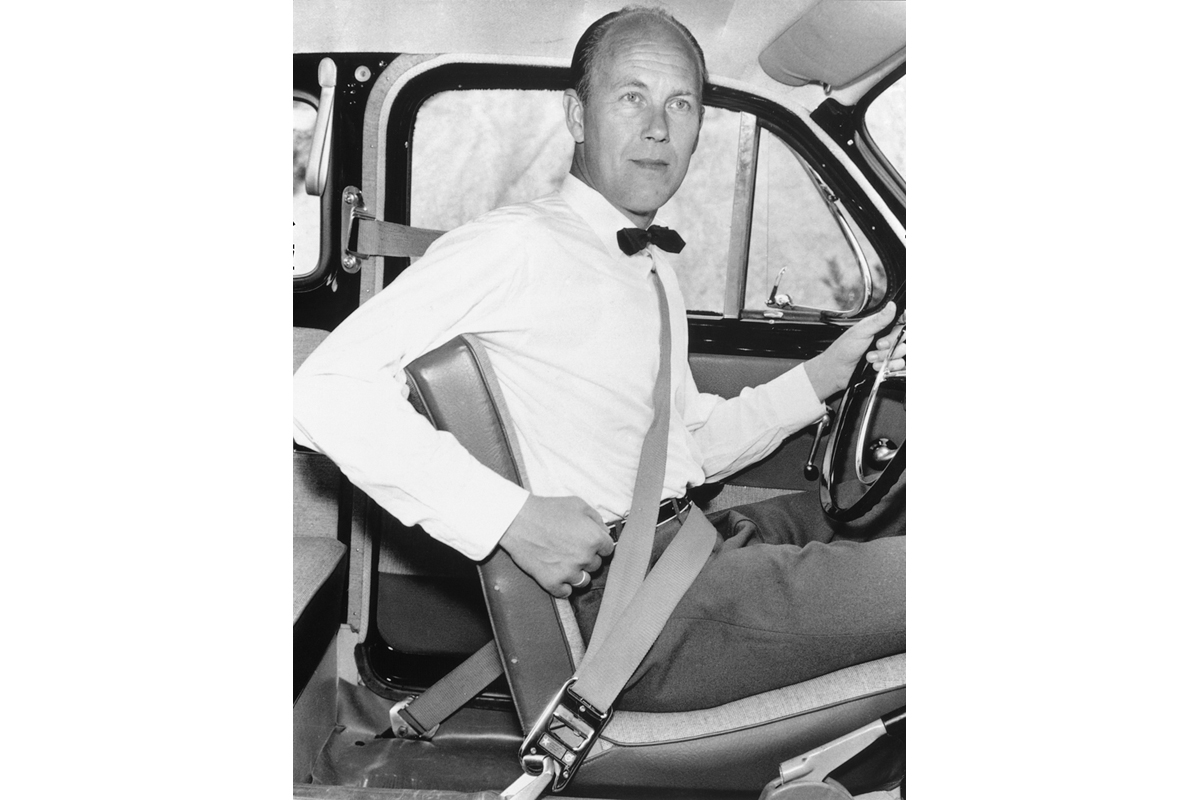 Up until 1959, the standard seatbelt in cars was the 2-point seatbelt that would cross over the lap, similarly to the seatbelts you find in airplanes today. The lap seatbelts could be found in cars all the way up to the 1980s, usually just in the backseat of the car, while the front seat would have the 3-point seat belt.

After research showed that the two-point seatbelt could lead to paralysis and “seat belt syndrome”, a collective term for all injuries associated with the use of the seat belt, among other things during a car crash, the automotive industry made the 3-point seatbelt available all throughout the car. In 2007, all cars sold in the U.S. were required to have the 3-point seatbelt, strictly referring to the middle back seat, which had for long-only been equipped with a lap belt.

The 3-point seat belt is a combination of the lap belt and a so-called sash belt, a strap that goes diagonally across the shoulder. During a collision, the 3-point seatbelt spreads the energy of the impact over the shoulder, chest, and pelvis making lesser harm to one specific area.

The first 3-point seatbelt was introduced in the model Volvo PV 544 but was first offered as a standard feature in the Volvo 122 model in 1959.

Volvo has always been famous for being at the forefront of automotive safety. But after inventing the 3-point seatbelt and realizing how many lives their new invention could save, Volvo decided to put the safety of human lives before their own profit (it would have been huge) and gave up the patent so that the invention could be open to the world, and other car manufacturers.

Today, Volvo estimates that the 3-point seatbelt has saved more than a million people worldwide and estimates that between 11.000 – 14.000 lives are saved each year in the United States alone.

Nils Bohlin continued to work with safety improvements at Volvo until he retired in 1985. He received a gold medal from the Royal Swedish Academy of Engineering Science and was also inducted into the Automotive Hall of Fame. He died in 2002, leaving after him a legacy that was far more important than anything else. Saving lives.

This article was originally published on November 13, 2017

Did you know that the 3-point seat belt was invented by a Swede?