Home News Sweden’s Influence on Places in the United States 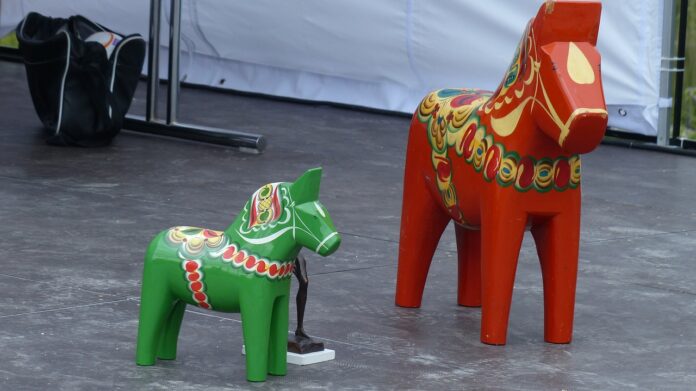 Due to the unfavorable economic and social circumstances of Sweden, around 1.3 million Swedes emigrated to the United States in the nineteenth and early twentieth centuries, and some Swedes made America their home long before that. So, it should come as little surprise to learn Swedish culture and design influenced many villages, towns, and cities in the United States, and those influences can still be seen today.

If you want to see the stunning Northern Lights, you will have to travel to northern Sweden or elsewhere in Scandinavia. Alternatively, there are videos of the aurora borealis online. There is even a great Northern Lights-themed game called Northern Sky, which can be played at this Swedish online casino. But if you want to experience other Swedish gems, you do not have to travel all the way to Scandinavia. Many places in the United States have been influenced by Swedish heritage and design. One such place is the city of Mora in Minnesota, which was platted in 1882. An early Swedish settler named the place after the locality of Mora in Sweden. The US city is most well-known for holding the cross-country skiing event Vasaloppet USA, where skiers imitate the original long-running Swedish race. The city also contains a Swedish bell tower and a 25-foot Dala horse. Dala horses are painted wooden statues that originated from the Swedish province of Dalarna. The horses were originally carved as small toys for children, but in modern times, the Dala horse has become a symbol for Sweden in general.

Many places in the US have been given the moniker “Little Sweden,” and Kingsburg in California is one of them. The city began life as a railroad town in the 1870s, populated by Swedish settlers. Today, the Swedish roots of the city are still highly visible. You will find Swedish architecture, Swedish food for sale, and plenty of Dala horses dotted around. Kingsburg also holds an annual Swedish festival, which includes activities like a parade, the coronation of the festival queen, and a Swedish pancake race. But the crowning Swedish glory of the town is the unmissable water tower shaped like a massive antique Swedish coffee pot.

Thirty percent of Lindsborg’s current residents are of Swedish descent, so it is no surprise that the city in Kansas is another place known as “Little Sweden.” The place has retained much of its Swedish heritage. Swedish souvenirs are available from gift shops. There is also a dala horse factory, the Swensson Park, and the Swedish Pavilion. Lindsborg also hosts the biennial Svensk Hyllningsfest.

The borough of Swedesboro, which was initially named Sveaborg by early Swedish settlers, was one of three settlements established in New Jersey as part of the New Sweden colony. The place contains the oldest log cabin in all of the United States. Built in the Swedish style by early settlers, the Nothnagle Log Cabin was built around 1640. Swedesboro also boasts the Old Swedes Church, which was built in a faithfully-Swedish design in 1703.

Kingsburg is not the only place in the US with a giant Swedish coffee-pot-shaped water tower.  The city of Lindstrom in Minnesota also has one. And Lindstrom has so many wooden buildings in the Swedish style that the place could easily be mistaken for a Swedish city. The place now known as Lindstrom was predominantly settled by Swedish immigrants, including Daniel Lindström, whose journals recording his emigration influenced the classic The Emigrants novels by Vilhelm Moberg. The city of Lindstrom hosts an annual festival called Karl Oskar Day, in tribute to the novels’ main character