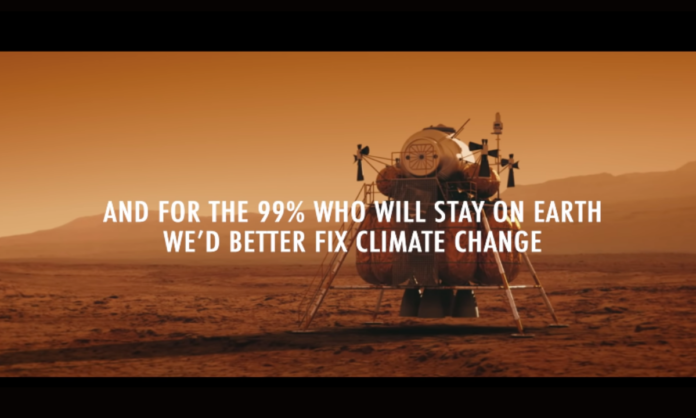 Greta Thunberg does not hold back on criticism. The majority of the time, it is understandably due to politicians unwilling to take the pending demise of our planet and humanity seriously enough. This time, however, it is the Los Angeles branch of her organization, Friday’s For Future (FFF), which has decided to direct their criticism towards more interplanetary issues. More specifically, NASA’s Perseverance rover Mars landing, which took place last Thursday.

In a satirical video, titled ‘1%’, the organization decides to mock governments, which have been spending billions of dollars towards research and space exploration. Money that, according to FFF, would have been better spent back on planet Earth, to halt the climate crisis.

The video, created in collaboration with creative agency FRED&FARID, starts in a typical ad-like fashion, showcasing the finer side of Mars with the intent of selling the idea of a new start. No wars, no pandemics, and no pollution. The perfect place to be, right?

With a chilling twist at the end, you come to realize that, this new reality will only be available to 1% of the human population. What should the remaining 99% do when the world falls apart?

Check out the video below.

In the description of the youtube video, FFF writes:

““1%” – a satirical tourism ad for Mars from FFF – illuminates the ironic and startling fact that government-funded space programs and the world’s ultra-wealthy 1% are laser-focused on Mars… and yet, most humans will never get a chance to visit or live there. With 99% of the world’s population remaining on Earth, we’d better fix climate change. We simply have no choice.“

What do you think about the video? Let us know in the comments!