Home Culture All You Need To Know About The Semla – Swedens Most Beloved... 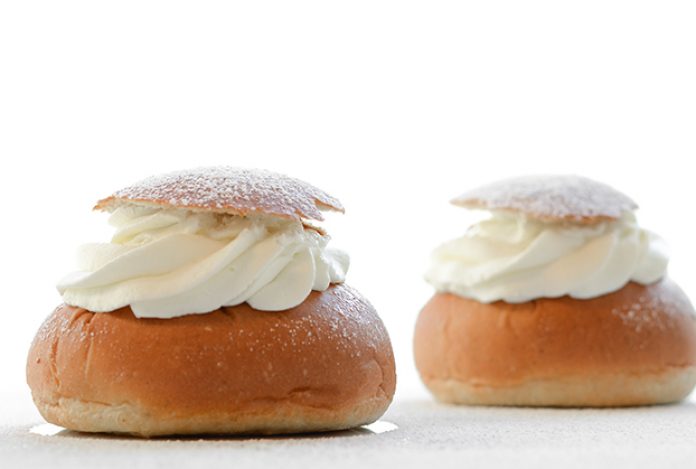 Every year, Fat Tuesday, or Semmeldagen, as the Swedes like to call it, falls on the seventh week before Easter. In Sweden, it’s considered the national day of Sweden’s most beloved pastry, the semla.

The tradition is centuries old but the day and perhaps most importantly, the pastry, seem to be getting more popular by the year. Although new creative variations of the semla are introduced every season, the classic two-layer bun made of wheat and cardamom, stuffed with almond paste under a cover of thick layered whipped cream is in many ways considered holy to the Swedes. It’s no wonder that an estimated six million semlor are sold in one single day during Fat Tuesday.

Where did the Semla and Fat Tuesday originate from?

Let’s go back to the 14th century. Leading up to Easter, the Swedes would take part in a 40-day fast, which for religious reasons was of great importance to them at the time. This tradition has since died out and fasting is no longer a part of most Swedes Easter celebrations. Although fasting might have disappeared a long time ago in Sweden, the great feast prior to it has, indeed, not.

The Swedish Church, who at that time had the power to impose laws, wanted to make sure that the long fast wouldn’t result in deaths due to starvation, so in order to survive the fast, a new law was introduced stating that everyone would have to indulge in an obligatory three day feast, where they were encourage to eat as much as they could, prior to the 40-day fast. They aptly named the law, ‘the law of the fast’.

Each of the three days would have their own theme – Pork Sunday, Bun Monday and Pancake Tuesday, or Stone Cake day, which would later evolve into Fat Tuesday. Pancake Tuesday or Stone Cake day, is where the first versions of the semla was introduced in Sweden. However, it should be noted that the modern-day semla with its little lid perched on top of the cream was not invented until after World War II. Along with the more modernized bun, also came the name that is used today, semla.

It wasn’t all about eating

The three days leading up to the fast were not only for eating but for all kinds of shenanigans, like playing games or dressing up in costumes. Popular games would be jumping sack, catching rings or the infamous, ‘beat the cat out of the barrel’. In this particularly horrifying game, participants would place a cat in a barrel, and then take turns to beat on the barrel with a stick or a sword till it broke. The participant who dealt the breaking blow, in turn saving the cat, would be named the cat-king.

This game still exists today in the southern parts of Sweden and in Denmark. Thankfully, the game is mostly played without any barreled cats.

It wasn’t only the church who had a lot to say about Swedes eating habits prior to fasting. The famed king, Gustav Vasa, also wanted to chime in when it came to the laws regarding the semla. Prior to Vasa becoming king, Sweden was not only Catholic, but the Semla was only allowed to be consumed one day a year, on Fat Tuesday. After Gustav Vasa took the throne, he bid farewell to the pope and the Catholic church, and decided, to the entire populations’ delight, that the semla could now be consumed between December and February.

The alternative way of eating a semla, a hot wall, originates from the medieval times and is served with a semla in a bowl soaked with hot milk. Till this day, some people still prefer their semla served “hot wall- style”.

This year, semmeldagen falls on March 1th. In Sweden, the pastry is only made for two months out of the year, unless you’re cheating, and during these months an estimated 40 million semlor are sold. For a small population of just 10 million people, that is a obscene amount of semlor.

Knowing that, it might not be too surprising that King Adolf Fredrik of Sweden (1710-1711), supposedly died after eating too many of them during Fat Tuesday. According to rumors, he ate more than 14 semlor in one sitting and suffered from fatal digestive complications shortly after. Pretty okay way to go out, don’t you think?

A race for the most unique semla

It is no longer just a bun filled with almond paste and whipped cream. The semla is made in all different kinds of variations. The competition for who could create the most unique semla started in 2015, and in 2017 the semla wrap broke all records.

Depending on which bakery you go to, you can try some of the new takes on the traditional semla such as, Taco Semla, Princess Semla, Wiener Semla, Semla Wrap, Nutella Semla, Doughnut semla and the worlds most luxurious semla. The most common ones are still the traditional one.

Curious about how to make a semla? Look no further! Leading up to Semmeldagen, we will be publishing recipes for three different types of semla: the traditional one, the easy one and the adventurous one.

And for all you crazy semla lovers out there, willing to take your obsession a step further – there’s now a soda and a new liquor with the taste of semla. More information about them can be found here —semla liquor and semla soda. 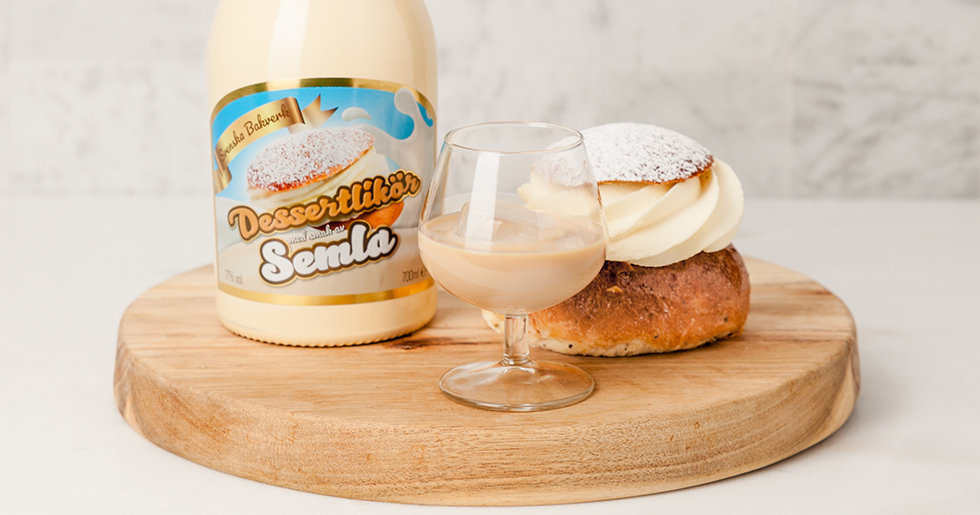 The original version of this article was published on February 2, 2018 and has since been updated.