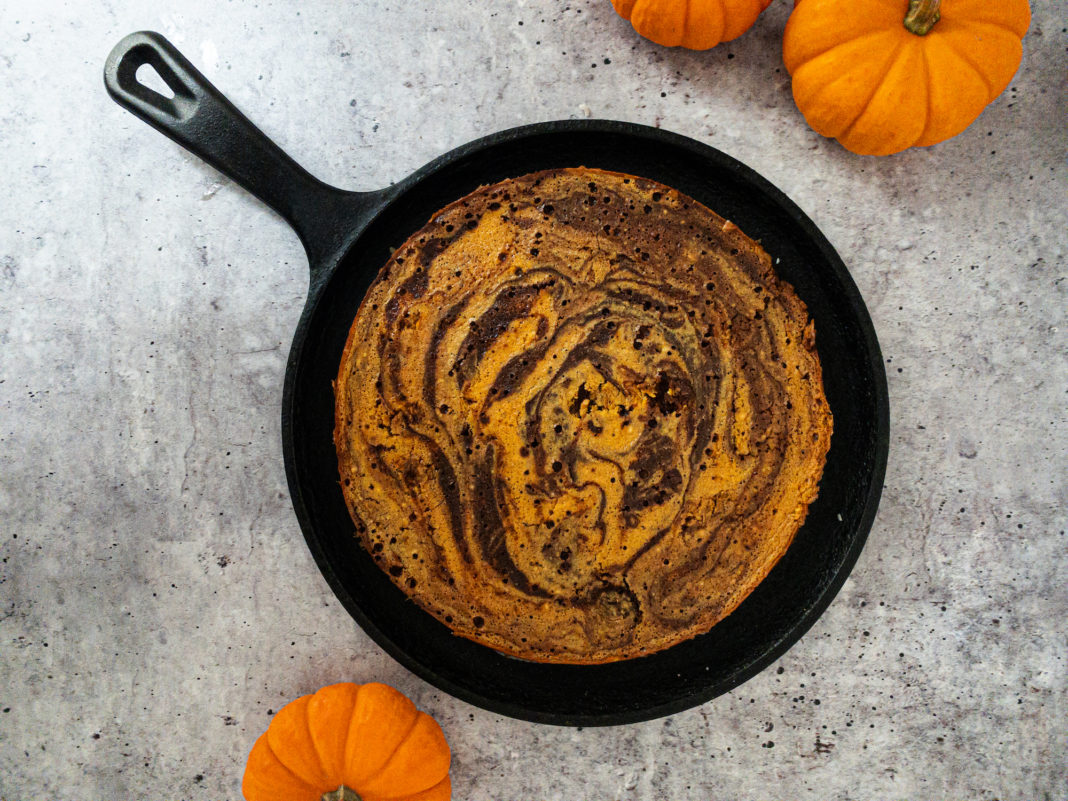 When I think of fika, I don’t think of cinnamon buns immediately – I think of Kladdkaka. Probably because it’s such an easy and quick thing to make, yet so delicious. For as long as I can remember, this cake has had its given place at the table whenever my friends and I would get together for an after-school or a weekend fika. It’s just the kind of cake that exactly everyone loves, and that everyone can make.

This is a fall version, combined with another favorite thing of mine: cheesecake!

It adds another step to the process, but I promise – it’s worth it!

This article was originally published on October 27, 2020 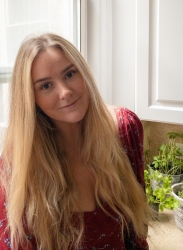 Elin Strömberg
Food contributor at Swedes in the States
Elin Strömberg Rumph moved to New York from Östersund in 2015 to begin her undergraduate studies. She has since received an A.S. in Graphic Design from SUNY Suffolk and a B.F.A. in Advertising & Public Relations from New York Institute of Technology.

She currently lives in New York City with her husband Karl and loves to cook and bake, believing food should be uncompromisingly good for both body and soul.