Home News Alfablót: The Viking Way of Honouring The Dead 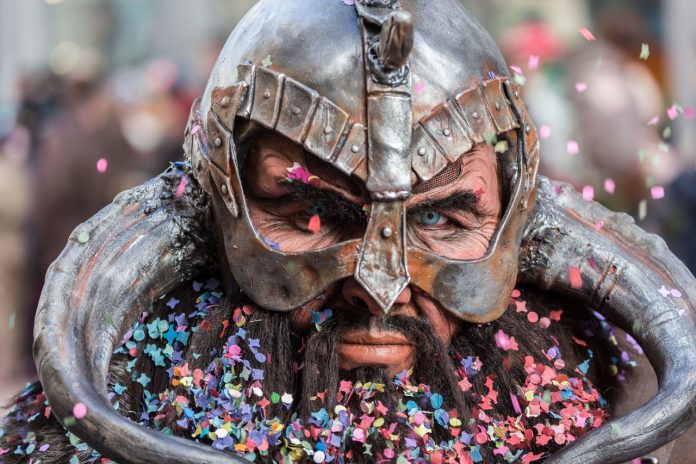 READ: All Saints Day: The Scandinavian Way of Celebrating “Halloween”

This unique, pagan holiday was celebrated in the Scandinavian region, thousands of years ago, towards the end of autumn. The timing of this holiday wasn’t a coincidence: it was usually believed that the end of autumn was when the portal to the spirit world was at the height of its power and most easy to access. The main purpose of Alfablót was to offer sacrifices to the magical elves, as a way to honor a family’s ancestors, usually in the form of crops or animal offerings.

Alfablót was in many ways similar to Mexico’s Day of the Dead, or All Saint’s Day in the way both cultures honor their ancestors. To the Scandinavians of the time, elves were typically associated with cemeteries, said to be living around them, and it’s even suggested that elves were the incarnation of a human soul. Therefore, offering sacrifices to the elves was a way to honor ancestors.

Unfortunately, little is known about the rites performed during Alfablót since it was done in such secrecy. However, the celebrations usually took place at farmsteads, and the woman of the family was in charge of managing the festival, which to the Vikings was not uncommon.

Alfablót is to this day still celebrated in some parts of the Nordic region. The rules surrounding the celebrations are more liberal today, and a family can invite whoever they wish to partake since the main objective is to be connected with the spirits that live around the family’s farmstead/house.

Do you have any experience withAlfablót? Have you seen, or celebrated it yourself? Let us know in the comments below!

This article was originally published on November 3, 2019.