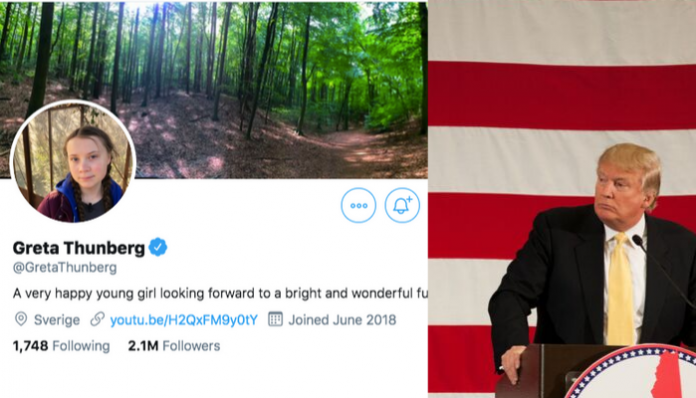 2019 is turning out to be quite the year for the relationship between Donald Trump and Swedish people, in general. We have ourselves lost count of the number of twitter feuds that the POTUS has been engaged in with various Swedes throughout the year. Latest being Sweden’s PM and other high-level politicians during the A$AP Rocky drama.

Now the young Swedish climate activist, Greta Thunberg, is next in line to feel the sting of President Trumps twitter whip.

In a recent tweet, Trump writes: “She seems like a very happy young girl looking forward to a bright and wonderful future. So nice to see!” as a response to Greta Thunberg on the verge of tears during her speech at the U.N. Climate Summit.

She seems like a very happy young girl looking forward to a bright and wonderful future. So nice to see! https://t.co/1tQG6QcVKO

But Ms. Thunberg seems to have no interest in getting into a twitter feud with the President. Instead, she handed him a subtle comeback by changing the bio on her twitter profile. Thunberg’s highly praised speech at the U.N. Climate Summit where she accused world leaders of stealing her future and talking about “fairytales of eternal economic growth” caught the attention of politicians, celebrities and people worldwide.

You can find her full speech here.