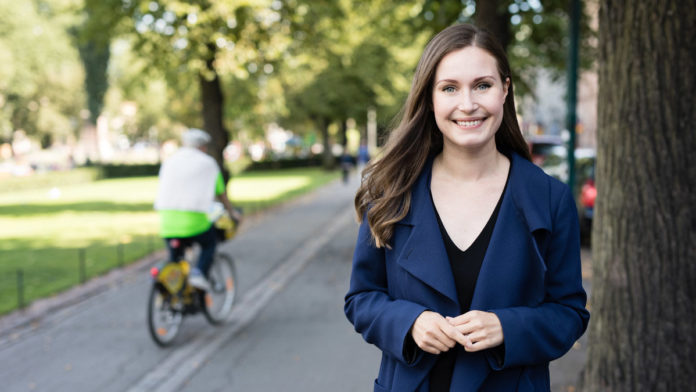 Sanna Marin, Finland’s Prime Minister, is a big believer in the American Dream. In fact, she thinks it’s a lot easier to achieve that dream in a Nordic country than in the United States.

“I feel that the American Dream can be achieved best in the Nordic countries, where every child, no matter their background or the background of their families, can become anything,” Marin stated in an interview with the Washington Post last month.

Marin, who became Finland’s prime minister last December at the age of 34, is one of the youngest leaders in the world.

“We feel that the Nordic model is a success story,” she said. However, Marin is hardly the first to think so. Presidential candidate Sen. Bernie Sanders has often said that the United States “should be more like Scandinavia.”

“Countries like Denmark and Sweden do very well,” Sanders said in Iowa. He specifically praised them for having an “economy in which you have wealth being created by the private sector, but you have a fair distribution of that wealth.”

It’s no surprise why: on world rankings of happiness, social mobility, health care, and child care, Finland comes out on top.

Marin agrees: “We have a very good education system. We have a good health-care and social welfare system that allows anybody to become anything. This is probably one of the reasons Finland gets ranked the happiest country in the world.”