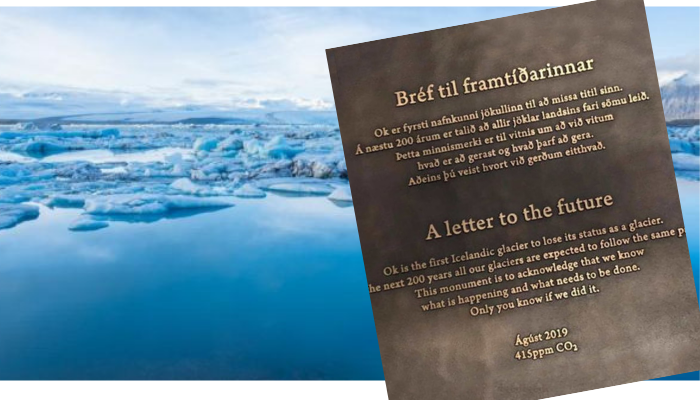 On August 1, thousands of “mourners” will gather as a plaque memorializing the first of Iceland’s glaciers to disappear, due to climate change, will be unveiled.

About 100 years ago, the glacier, titled “Ok Glacier” in English, covered almost 6 square miles of a mountainside in western Iceland.

“This will be the first monument to a glacier lost to climate change anywhere in the world,” said anthropologist Cymene Howe of Rice University in Houston, “By marking Ok’s passing, we hope to draw attention to what is being lost as Earth’s glaciers expire.“

Howe and other anthropologists from the university produced the documentary “Not Ok” about the glacier in 2018.

The plaque on the glacier reads: “In the next 200 years, all our glaciers are expected to follow the same path. This monument is to acknowledge that we know what is happening and what needs to be done. Only you know if we did it.”

For Ok glacier, it is already too late; it is now what scientists call ‘dead ice.’