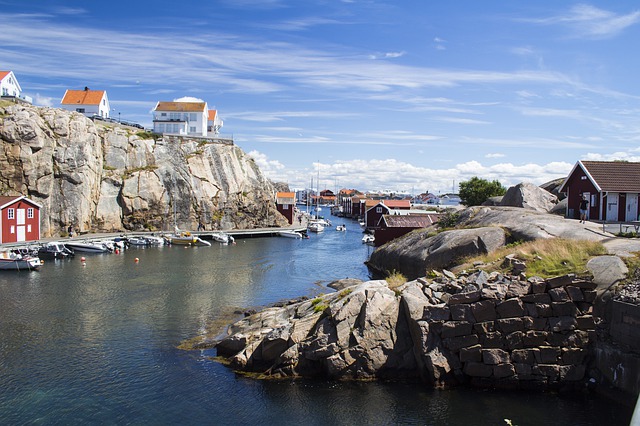 There is no doubt the Scandinavians are incredibly proud of their breathtaking countries: Sweden’s archipelagos and fairytale-like forests, Norway’s world-famous fjords, and Denmark with their beautiful coasts.

But with so much nature and so many places to see, it’s hard to know which ones to choose first. So we asked the experts: the Swedes in the States community.

What are your favorite places in Scandinavia?

The response was positively overwhelming. With so many responses, we decided to go through them one by one to find the places, more mentioned than others. We’ve compiled the list so that you can create your own adventure around Scandinavia:

The West Coast – Västkusten
We decided to group the whole Swedish west coast as one destination because it’s very possible to drive the parameter in just a matter of hours. Make sure to make a stop by Lysekil, Fiskebäckskil, Marstrand, and of course, Gothenburg.

SkåneWhile Swedes tend to travel north during the winter, the south of Sweden is a must during the summer. Beautiful cities like Ystad, Lund, Österlen, and Båstad make it one of the top spots to put on your list.

Höga KustenThe High Coast (Höga Kusten in Swedish) is characterized by sweeping granite cliffs and gorgeous rocky islands rising from the sea. It is a particularly popular spot during the summer and has some of the best hiking trails in Sweden. Popular attractions include Skule Mountain, Skuleskogen National Park, and the islands Ulvön and Trysunda

Stockholm
The capital city of Sweden is, in one word, breathtaking. Surrounded by water, the many bridges in Stockholm have dubbed it the “Venice of the North.” Top spots include Djurgården with its famous zoo, Skansen, Rosendahl’s trädgård, and Gröna Lund. The old city, Gamla Stan, will bring you hundreds of years back in time, but be prepared: there are a lot of tourists here during the summer. The Stockholm archipelago can easily be reached from Gamla Stan on a fun boat ride.

Skagen
Skagen, Denmark’s northernmost town, originally had its humble beginnings as a fishing village before becoming famous thanks to a group of impressionist artists. Nowadays, it is a popular tourist destination as well as an important economic powerhouse: the Port of Skagen is Denmark’s main fishing port and attracts 2 million tourists annually. Travelers should definitely visit Skagen’s popular spots (and places where the impressionists used to hang out!): Brøndums Hotel, Skagens Museum, Michael and Anna Ancher’s House, and Drachmann’s House.

TisvildelejeTisvildeleje is a cozy seaside resort where Danes have long sought refuge from the hectic pace of urban life in Copenhagen and elsewhere. The cute wooden beach houses, green hills, and stretches of beach add to the atmosphere.

CopenhagenLast but not least, we have Denmark’s capital and most populous city: Copenhagen! A few places not to miss include Christiansborg Palace, where the Danish Parliament works; Frederik’s Church, one of the main churches in the city; Tivoli Gardens, a beautiful amusement park, and garden; and Nyhavn, the colorfully lined houses near the center of the city. If you’re looking to be more adventurous, take a bike ride through Christiania.

Geiranger
If you’re looking for a village straight out of a fairytale book, look no further than Geiranger. Located in western Norway, travelers can get to Geiranger by driving through the steep (yet safe!) Trollstigen mountain road that weaves through the village. Don’t miss the fjord and waterfalls, including the Seven Sisters, the Suitor, and the Bridal Veil, which are perfectly visible by a boat tour.

OsloNorway’s capital, Oslo, is both modern and historical: it was one of the largest cities during the Viking era, and nowadays has many interesting spots like the Akershus Fortress, Viking Ship Museum, and the ultra-modern Oslo Opera House.

LofotenLofoten is known as one of Norway’s most beautiful areas thanks to its distinctive scenery, dramatic mountains, beaches, and colorful red houses. Its largest town, Leknes, lies approximately 169 km inside the Arctic Circle, which makes Lofoten one of the world’s northernmost populated areas. Thanks to this, Lofoten is also a prime area to view the northern lights!

Which city would you like to visit the most? Let us know in the comments below!

This article was originally published on October 30, 2020