Home News The Most Haunted Places in Scandinavia 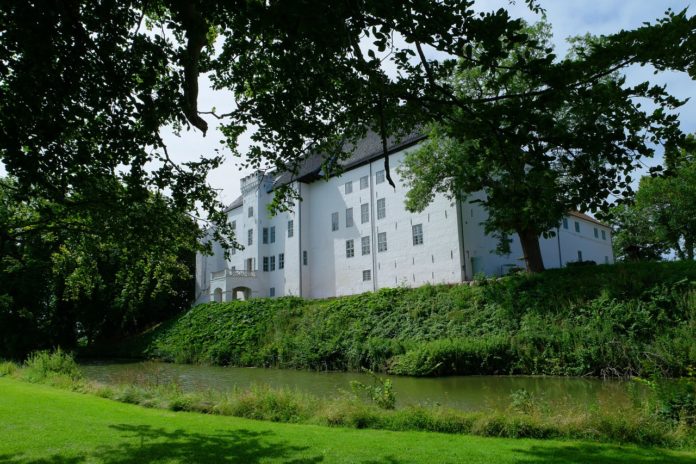 Do you believe in ghosts?

Being some of the oldest monarchies in the world, you would think the Scandinavian countries are the perfect breeding ground for ghosts and the supernatural. Old castles, fortresses and palaces - Denmark, Sweden, and Norway are anything but "lagom" when it comes to their rich, and somewhat spooky, history.

Allow us to offer some inspiration by listing Scandinavias most haunted places. Many of them offer tours and sleepovers for those who dare.

There should never be a list of haunted places in Scandinavia that doesn't include Borgvattnet. This old vicarage from 1876, is said to be the most haunted building in the whole country of Sweden. The first documented mentioning of a haunting was in 1927 by Nils Hedlund, a priest lived in the house at the time. Every successor to Nils Hedlund, who moved into the house, documented strange encounters in the house which they were convinced were paranormal.

In 1941, a young woman who was at Borgvattnet to visit woke up in the middle of the night only to find three women staring at her. One of the priests inhabiting the house also said that he was never able to sit too long in his rocking chair until he was thrown off it.

On the Borgvattnets Facebook page, you can find stories from visitors talking about their experiences in the house. Some say the coffee was great, some weren't as delighted about feeling someone touch their hair or pull their feet.

Beautiful castle. Not as pleasant of a history.

The castle is said to be the home of many ghosts but most famously perhaps James Hepburn, 4th Earl of Bothwell. James was a Scottish nobleman and also the former husband of Mary, Queen of Scots. When Mary was imprisoned by Queen Elizabeth, James fled and was ultimately captured and imprisoned at Dragsholm Castle. If you visit the castle, you can still see the pillar which he was chained to for the last ten years of his life. He died in 1578, and all requests to retrieve his dead body by his family were denied.

Perhaps that's why he till this day is said to riding around the castle with a horse and carriage.

There is also said to be a young girl haunting the halls of Dragsholm Castle. At the beginning of the 1900s, during a renovation of the castle, a skeleton belonging to a girl was found in the wall. The young girl is thought to be the beautiful Celestine Mariann de Bayonne Gyldenstierne, who disappeared from the castle in the year 1550. Roughly around the same time as the skeleton is said to be from.

Celestine was said to be deeply in love with the stable boy at the castle, which her father, a prominent nobleman, did not approve of. Instead, he had promised her hand in marriage to another man. Celestine happened to become pregnant with the stable boy's child before she ever met the suitor her father had chosen for her.

Her father was furious and decided to send her away to give birth to the child somewhere else. But right before she was about to depart, she was drugged and forced into a small space only to be walled in. The court of the castle was able to hear her cry and scream while trying to get out, but no one could help her.

Today, she is known as the castles White Lady. Celestines found skeleton is now on display in the castle.

Akershus Fortress is said to be the most haunted place in Norway. And by multiple ghosts, most famously the dog ghost that is said to be causing quite a commotion at the fortress since 1299. According to the stories, the dog was purposely trapped alive inside one of the stone walls by the people building it. At the time it was said to bring good luck. Unfortunately, it seems to have down the opposite, and to this day people report seeing the dog, and there have been multiple cases reported where the people die shortly after seeing it.

The fortress is also said to be haunted by one of Queen Margaret I's maids. The queen would usually spend a lot of time at the fortress and during one particularly gruesome and cold winter, the maid starved to death.

Guests and visitors have claimed to have seen a faceless woman step out of the shadows in the castle.

Like taken straight out of a horror movie. The Lier Mental Hospital was built in 1926 and has catered to turn of the century patients to WW1 and WW2 veterans. The hospital had a capacity of 600 patients and is said to have frequently used treatments such as lobotomy and electroshocks to "treat" their patients. On top of that, multiple experiments were carried out on the patients using drugs like LSD. It is widely known that patients suffered a great deal at the Lier Mental Asylum, and in 1986 the majority of the buildings on the campus were shut down, with a few remaining, still in use.

The buildings that were shut down are still remaining but are restricted to the public. Despite that, the hospital has become a popular destination for ghost hunters and tourists.

The most famous haunted place in the capital of Sweden.

The first owner of the palace was the Dutch pirate Hans Petter Scheffler, who also happens to be buried on the premises. Thanks to him, treasures are said to be buried here, along with a few dead bodies buried in the walls.

A later owner of the house, Jacop von Balthazar Knigge, was said to have made a deal with the devil in order to gain more fame and fortune. It is said that one day in 1796, a carriage pulled by black horses showed up by the castle, picked Jacop Knigge up, and left. He was never seen after that. It is said that both Jacob and Hans Petter are among the ghosts haunting the house.

A priest once made an attempt to enter the house and bless it in an effort to get rid of the ghosts. The priest was thrown out through the window and broke his leg. We suppose there is no saving a pirate, even after death.

This article was originally published on July 26, 2020.