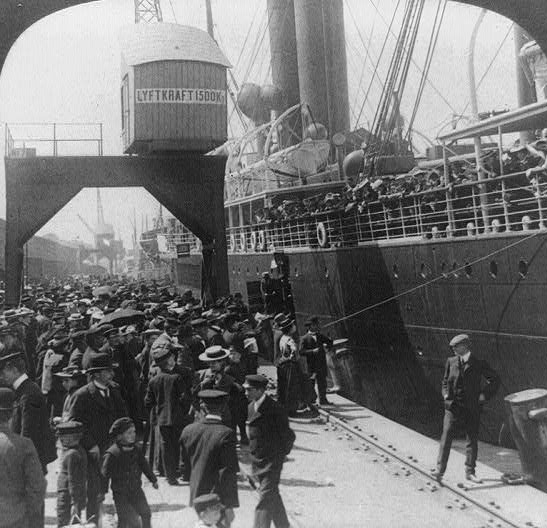 Between 1821 and 1930, a total of 33 million Europeans emigrated to North America. Out of these 33 million Europeans, 1.2 million were Swedish, which at the time made up about a fifth of the Swedish population. According to statistics, 1.6% of these Swedes decided to settle in Canada, and some even made it from North America to countries like Brazil and Argentina, but the vast majority settled in the United States.

The earliest migrants in the 1800’s, were mostly families who traveled together with servants and relatives but over time, the proportion of solo travelers would increase. At first, it would be mostly men who left for North America, but the proportion of women gradually increased and during the latter part of the emigration period, it was periodically mostly women who emigrated.

Many factors would ultimately lead to the large mass migration from Sweden to America. Towards the end of the 1860s, Sweden was affected by a severe famine due to several years of crop failure. The famine in combination with a rapid increase in population and high unemployment rates would accelerate emigration.

The Homestead Act also had served as a great incentive for many foreigners to look to the United States for a better life. It was enacted by the Lincoln administration to inspire people to establish themselves as farmers on uncultivated land. At the time, there was a large supply of cheap land in America, meanwhile, in Sweden, the opposite was true.

Other motives to leave Sweden at the time, besides for economic reasons, were; religious freedom and to avoid being drafted into military service. Many also traveled in search of adventure and to experience the growth of a new country.

Many Swedes ended up in Minnesota, which over time gained an extensive Swedish population. Some other places with a large Swedish population were Omaha in Nebraska, Worcester in Massachusetts, Jamestown in New York, Rock Island and Moline in Illinois, Seattle and Tacoma in Washington, Portland in Oregon, and San Francisco in California. Among all these, Chicago and its surrounding area had the largest Swedish population group of all cities in the United States.

If one disregards the Vikings, the first Swedish immigrants to North America were a group of individuals, who in 1638 founded the colony, ‘New Sweden’. The colony was established on the Delaware River – a short distance south of present-day Philadelphia. Just north of New Sweden, a Dutch settlement called ‘New Amsterdam’ was established. This would later become modern-day New York City.

READ: Swedes Were Among The First Colonizers In North America

In 1654, a larger Swedish expedition would arrive in New Sweden and purchase more land. The colony was flourishing for a short period before the Dutch would take over the settlement.

This article was published on February 23, 2021