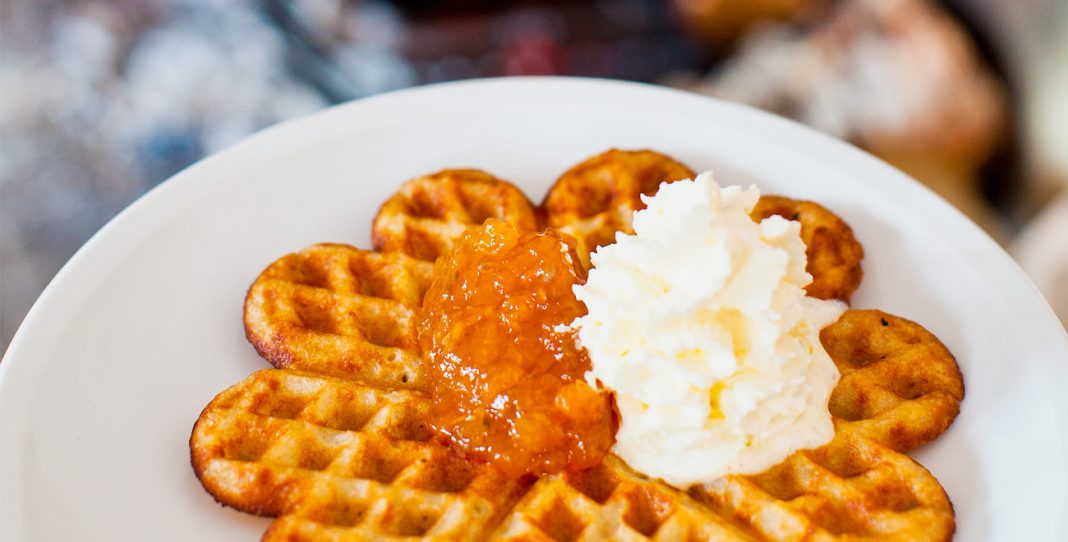 Who doesn’t like a crisp savory waffle? The Swedes sure do, so much that they even celebrate a National Waffle Day that occurs on March 25 every year.

Eating waffles is an old tradition in Sweden – in fact, it can be traced all the way back to medieval times. The name waffle day (våffeldagen) was from the beginning a mispronunciation of the name ‘vårfrudagen‘, which was said to be the day that archangel Gabriel appeared to the Virgin Mary, to tell her that she was carrying baby Jesus.

During the 1500s, the Swedish church would ultimately decide to make March 25 the official date of National Waffle Day, or Vårfrudagen. This was known to be the day winter would turn into spring, and farmers would start sowing their crops.

The beginning of spring would usually mean an increased availability of eggs and milk during a time where Swedes were relatively poor and therefore couldn’t afford to eat large meals. For those reasons, it became even more important to celebrate the making of waffles with those precise ingredients, to the Swedes.

Swedish waffles are much thinner than the famous Belgian waffles and come in a circular shape rather than a Belgian square. Originally, they were baked over an open fire in a squared waffle iron, looking more like the Belgian waffles we see today. It was during the 1700s when the iron stove came to Sweden, that it would become more convenient to simply make the waffles in a circle-shaped waffle iron. It is from those waffle irons today’s heart-shaped irons originated from.