Home Life Why Sweden’s New Mandatory Military Service is Set to Fail and What... 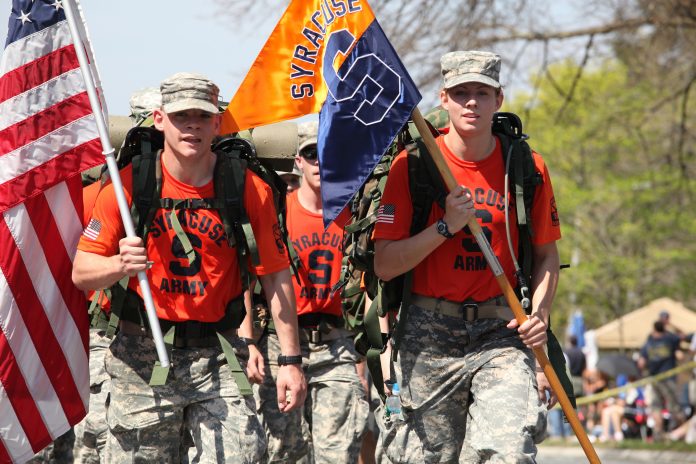 Two years ago, I enlisted voluntarily to the Swedish army, but after close consideration of what incentives were, I ended up looking for a brighter future. After a few months in America, it has become obvious to me why I made that choice: the Swedish military presents no incentives for any young individual seeking reward for risk.

In a time when Russian geopolitical aggression has put Sweden’s military capacity to question, the Swedish government just recently choose to impose its long forgotten mandatory military conscription. With severe lack of funding and without practical resources to meet the increased level of military threat in the Baltic Sea region, the government’s policy comes as merely symbolic reaction to realizing its military capacity does not meet its needs.

The new policy means that at least 4000 out of 100 000 Swedes born 1999-2000 will be enlisted to do their mandatory military service during 2018 and 2019. Although a much larger number of recruits would be necessary to meet the critical demand of military personnel, neither the current funding or infrastructure allows for more recruits. Subsequently, the amount of recruits prone to the conscription accounts for only a minimal part of the projected demand.

However, the reason behind a mandatory service policy can be drawn from not only Russian military build-up but equally importantly the lack of incentives for young citizens to enlist voluntarily. Low early career wages, low reward relative to risk and lack of patriotism within a generation that has never had to ask what they can do for their country, but ask solely what their country can do for them, are all contributing factors to why teenagers are less interested in service than what the older generation is.

There is a fundamental difference between the two factors demanding more military recruits: Russian threats cannot be regulated. However, so can military personnel wages, service reward and pride to the profession. The problem with the government’s policy is thus that none of the factors it can control are being changed.

As the lack of incentives for young Swedes to join the military remains an unsolved problem, the government has announced that motivation and appropriateness should determine an individual’s enlistment. If this would hold true, a reasonable initiative to increased public interest in military service would be to drastically increase military wages to reflect the government demand and an individual’s risk.

As the mandatory service among young Swedes is seen somewhat as being forced to do something of little value to them, resistance to voluntary enlistment can only be dealt with should incentives be created. This is where Sweden should take lesson from the incentives today’s American military presents to its various kinds of recruits.

The U.S military present unparalleled incentives for young individuals of all backgrounds. A personal observation from the University of Illinois at Urbana-Champaign is the Reserve Officers’ Training Corps (ROTC) program, offered at over 1,700 colleges and universities across the U.S. The ROTC prepares young students to become officers in the military, allowing students to go through partly but not exclusively academic military training in college to become the next generation of military leaders within the three branches: Army, Navy or Air Force. The program at Illinois is highly popular and the reason for it is obvious: every Illinois state resident that goes to an in-state school and joins ROTC gets free tuition.

The military will pay for your tuition if you commit to serve for four years post-graduation. The academic and physical military training ROTC students go through is tough, yet students from all backgrounds have real incentives to pursue the incentivized path to a career as military leaders.

The ROTC is a purposeful way for the military to gain access to a pool of well-educated graduates from top colleges over the U.S, laying the foundation for a military founded on professionalism and excellence – a resource being neglected by the Swedish government when employees are undervalued. In addition, any college graduate outside the ROTC also have the opportunity to take the fast track to becoming an officer.

The Swedish and American welfare systems have little in common, yet the incentives presented to young Americans gives us an example of how individuals’ incentives can help solve governments’ policy goals. There is a wide array of benefits for U.S military personnel that the Swedish government could take lesson from. Any U.S military service member, officer or not, can expect benefits exceeding most FORTUNE 500 companies – pay, medical care, education and tax reliefs being a few.

In comparison, the U.S benefits may be seen as relatively marginal because many of them are already fully tax-funded and accessible to all Swedes. But as the Swedish military is failing to meet its goals, the efficiency of financial incentives to meet policy goals talks for itself. Because of the logic based on that the U.S benefits only cover up for what is already provided in Sweden, personal tax reliefs for Swedish service members, combined with higher pay, are a critical part of increasing the number of young recruits.

Sweden needs to impose tax reliefs and increase salaries for its military members as two instruments to meet policy goals. Even if this could result in higher costs, the Swedish government must come to conclusion that the current spending levels are insufficient to meet its own goals, making its latest mandatory conscription policy merely symbolic.

Because the demand of new recruits to the Swedish military can only be projected to increase the coming years, an incentives-based system must be put in place. There are areas where the U.S could learn from Sweden, but the military is not one of them.