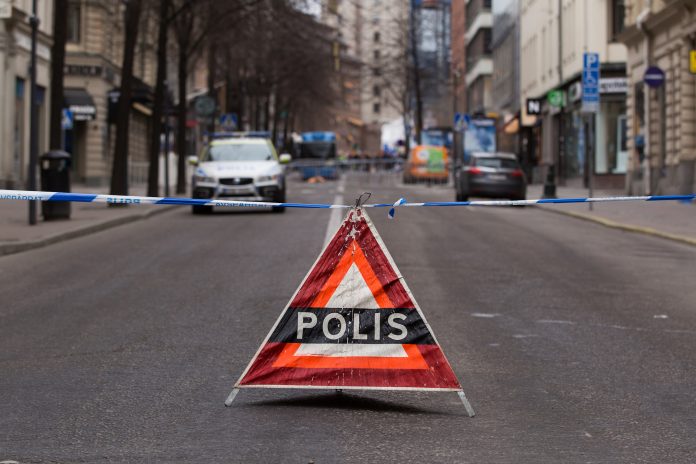 As Stockholm was struck by its first deadly Islamic terror attack, policy professionals has increasingly started to claim the disaster’s occurrence was only a matter of time. Officials say it was not a question if, but when, Sweden would be struck by an act of terror. However this statement is true or not, it remains a sad day for Swedes looking back at a country forever changed on April 7th 2017.

The aftermath chaos witness how the Swedish people can mobilize to stand up against terror attacks. People showed endless compassion in supporting each other through the crisis, with many homes being opened to complete strangers under the hashtag #openstockholm. When some of the functions of society became crippled, such as all public transportation and parts of the cellular net being shut down, this was an effort by the many civilian men and women working side by side to get to safety.

It is said that the danger of terrorism lays not within the actual attack, but in how we respond to it as a society. This could also be divided into two parts, one being the continued Swedish values reflected in peoples’ general attitudes to our neighbors, and one being the impact on public policy. Naturally, no one knows the answers to these questions yet.

Right after the attack, I noticed one person’s comment on the well-known Swedish political commentator Marcus Oscarsson’s post about the police’s outstanding work during the attack. Translated, it reads: ‘’To all who have seen, been on location, ran, and been worried can also think about the policemen with a salary of 24,500 SEK per month that ran the other way, against the attack, to protect us!’’. The comment has during the last 24 hours received nearly ten thousand likes and should be seen as an indicator of not only the brave policemen but the many challenges facing Sweden’s failing security net, due to the lack of resources they need.

The worries about what the implications will be are many, and in countries where past deadly attacks have been carried out, public security measures have become a top priority. These measures vary from everything between increased anti-terror intelligence activities to roadblocks in crowded city zones.

The immediate response by media to the attack proved to pose questions about what the impacts will be for Swedish society. In several papers, the answers have been that the impacts depend solely on how we, the Swedish people, decide to tackle the challenges coming from a modern society of multiculturalism and international mobility.

Countries previously struck by terror have taken various approaches to ensure public security, and people’s attitudes have forever changed. However, while some argue that no security budget is great enough to prevent future attacks, the only rational solution from now on is to take responsibility for those factors giving officials a reason to state that it was only a matter of time before this attack would occur.

While some argue that efforts should be made to ease conflicts abroad, often identified as the source of these radical acts of hatred, it is fundamental that resources are allocated to the law enforcement. The debate on Sweden’s insufficient funding to its police force, with many policemen reportedly leaving their jobs because of increased pressure, can no longer be left without politicians support. Sadly, preventing Islamic terrorism has now become the top priority in Sweden, too. While the Swedish society cannot give in to the terror by letting fear dictate our actions, we must reinforce our fundamental values of democracy, trust and openness with a functioning law enforcement.

As the suspect is one of 12,500 other undocumented immigrants who have been denied asylum but has disappeared from authorities’ radars, there are structural problems with Sweden’s dysfunctional immigration and legal system that have been exposed. The large scale failure of the authorities and politicians to uphold rule of law is likely to be addressed as a reaction to the suspect’s illegal residency in Sweden. Many public figures call for calm, but responsibility can only be taken through rapid and reasonable policy solutions that have been missing. If this attack was only a matter of time, why was not more done to prevent it? Obviously, enough resources has not been allocated to keep the Swedish immigration system functioning.

Radical Islam being the highest prioritized threat to Sweden’s national security is officially recognized and not a surprise by any standard. International media has long time ago highlighted Sweden’s so-called export of jihad, being one of the biggest exporters of Jihadists in Europe. While this could be prevented by policy measures aimed at fighting terrorism, the opposite has been done by the government. When policy discussions are now being initiated, the Sweden Democrats – Sweden’s third largest political party – are not being invited to participate. The government argue that the Sweden Democrats do not support the national strategy against extremism and should thus not be invited to the discussions on the country’s policy changes. What the consequences excluding the Sweden Democrats might be can only be told by future polls and the upcoming 2018 election.

Sweden has every ability to work against terrorism motivated by Islamic extremism. It doesn’t help much to be upset about what could have been done. First we must do what most people think should be done, and inviting the Sweden Democrats to the policy talks would be a major first step to acknowledging effective anti-extremism policies. While our society may not be able to fully prevent any act of terror, we should ask ourselves: in what areas could we have done more to prevent an attack?

If we do not take measures now, another terror attack is only a matter of when.