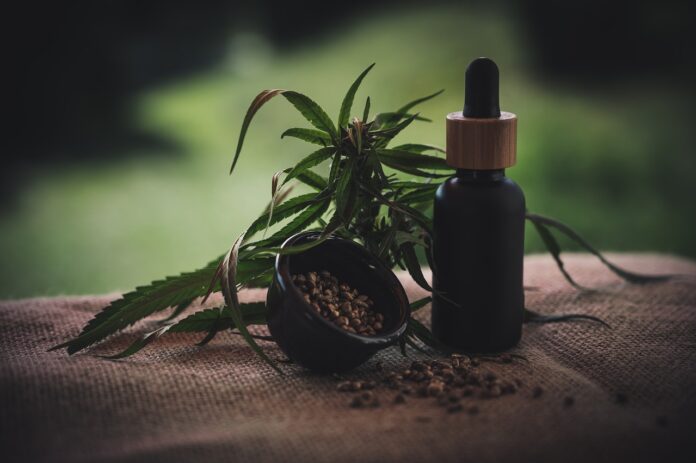 People have been using the products of the cannabis plant for thousands of years, including for the sake of mental health benefits. More recent medical research into the plant has found various uses for Cannabis oil, scientifically known as cannabidiol (CBD). This compound has different properties from the more notorious Tetrahydrocannabinol (THC), which has psychotic effects. Sweden allows the purchase and use of CBD oil that has zero THC content.

CBD is seeing more widespread medical uses in Europe and around the world. Today, CBD is freely available in oils, capsules, extracts, and buds from online shops such as CBD Sverige. Mental health is one of the promising areas for CBD applications in medicine. Mental health experts say CBD has shown varying degrees of success in alleviating different mental health issues.

Anxiety is a widespread mental health in modern life.  The COVID-19 pandemic drove up anxiety levels sharply, with many anxiety sufferers saying they were worried about health, finances, job loss, and the welfare of their relatives.

THC has long been used by people who need to ‘calm the nerves,’ but it comes with side effects. CBD oil has the same calming effect minus the psychotic side effects of THC. A study conducted in 2015, whose results were published in the magazine Neurotherapeutics found CBD was effective in treating different types of anxiety. They include general anxiety disorder, social anxiety disorder, and obsessive-compulsive disorder.

Another comparative study showed CBD was as effective as valium but had fewer side effects. The study involved 40 study subjects divided into two. The group put on CBD had reduced anxiety levels but did not suffer side effects such as weight gain, hormone imbalance, and mobility problems.

Mental health experts describe major depression as losing interest and pleasure in usual activities for longer than two weeks. This mental health disorder is very prevalent today because of the generally negative outlook of the economy, health, and issues like climate change.

Antidepressant drugs work to stimulate the production of the hormone serotonin, also known as the ‘happy chemical.’ CBD has antidepressant properties. But it does not trigger the direct production of serotonin. It works on the brain receptors of this hormone. It binds onto these receptors, simulating the hormone. The effect is a good feeling. It is the same feeling that comes from cuddling with a loved one or eating a good meal.

PTSD is commonly associated with military combat veterans. But it can affect anyone who has suffered heavy trauma like a vehicle accident, rape, or a serious injury. People with PTSD experience nightmares, sleeping disorders, and reliving of their experiences.

A study published in the Journal of Alternative and Complementary Medicine showed that CBD reduced the frequency of symptoms in people with PTSD. They suffered 28% fewer incidences of nightmares after using CBD for two weeks.

Sleeping disorders affect a significant number of adults. They contribute to more complications, including obesity, type 2 diabetes, obesity, and depression. A study on the use of CBD by people suffering from CBD showed that 65% of patients had better sleep patterns.

How Safe is CBD?

Sweden has legalized CBD oil extracted from the hemp plant and contains no amount of THC.  Vendors must also obtain a license showing their CBD oil is safe and legal. Cannabinoid products are available as CBD oils, CBD tinctures, CBD capsules, and topical lotions.

Scientists believe they have only scratched the surface in CBD possibilities. This natural product holds huge promise in mental health and the larger medical field.