Home News The Swedish Mobile Passport Stations Down: Here’s What You Need To Know 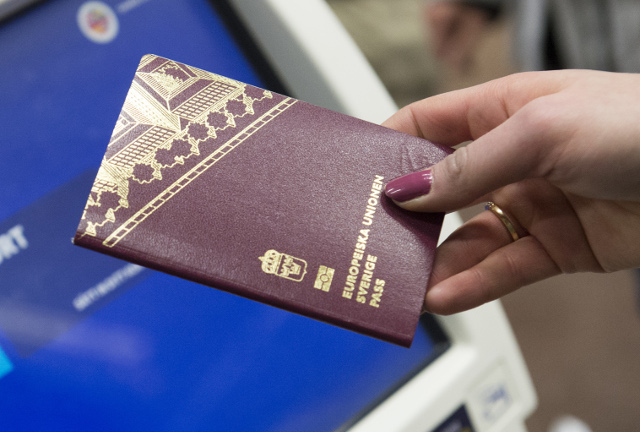 It was earlier this week that an email was sent out to Swedes living in the States, canceling all passport appointments made at the Swedish Mobile Passport Stations, that normally travels between the consulates in San Diego, San Francisco, Chicago, and Fort Lauderdale/Miami among other cities.

The passport stations, provided by the Swedish Ministry of Foreign Affairs as a way to facilitate the process of renewing their passports easier for Swedish citizens living in the United States, have been affected by major technical issues. Although troubleshooting was done, the technical issues remain hence taking the machines out of service for an unforeseeable amount of time.

This puts a lot of Swedes living in States in a bit of a pickle regarding the renewals of their passports. We decided to get in touch with the Swedish Embassy in Washington D.C. to get some answers and to find out what the solutions are for the Swedish passport holders in the U.S.

The following answers are provided to us from the Swedish Embassy in Washington D.C.

What can citizens do if their passport is about to or already has expired?

Swedish citizens can of course also apply while visiting Sweden. If the passport has already expired, a citizen can still apply/renew for a passport as long as a valid Swedish or American photo ID with clearly visible signs can be presented.

When do you estimate the passport stations to be up and running again?

The future of the mobile passport service is a decision for the Swedish Ministry of Foreign Affairs in Stockholm, Sweden.

Can an emergency passport still be applied for at the General Consulates?

In the U.S., you may apply for a temporary/emergency passport at the following locations:
-The Embassy in Washington, D.C.
-The Consulate General in New York
-The Honorary Consulates in: Atlanta, Boston, Dallas, Ft. Lauderdale, Houston, Las Vegas, Minneapolis, Raleigh, San Diego, San Francisco.

So what can you do?

With the solutions given to us by the embassy, you have two options when it comes to renewing your passport.