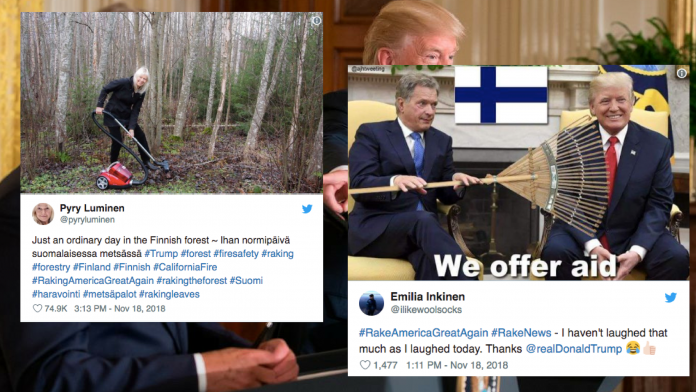 Is Finland a model nation for preventing forest fires and other disasters? Donald Trump thinks so.

Trump recently visited the fire-ravaged town of Paradise, California, where more than 153,336 acres were burned and 80 people have gone missing in the deadliest fire in California’s history.

Trump blamed the multiple fires in California on the fact that there should be more forest management, and explained his stance by tweeting:

“There is no reason for these massive, deadly and costly forest fires in California except that forest management is so poor,” Trump wrote, threatening to cut off federal funding for forest management. “Billions of dollars are given each year, with so many lives lost, all because of gross mismanagement of the forests. Remedy now, or no more Fed payments!”

There is no reason for these massive, deadly and costly forest fires in California except that forest management is so poor. Billions of dollars are given each year, with so many lives lost, all because of gross mismanagement of the forests. Remedy now, or no more Fed payments!

During a press conference later in the day, the President suggested that more people should be cleaning up leaves in the forests to prevent blazes. He explained:

“You look at other countries where they do it differently and it’s a whole different story. I was with the President of Finland and he said we are a forest nation. He called it a forest nation,” Trump told reporters, “And they spend a lot of time on raking and cleaning and doing things, and they don’t have any problem.”

However, Finland’s President Sauli Niinistö, told Ilta-Sanomat, the country’s second-largest newspaper, that he never discussed raking with Trump during their brief meeting in Paris last weekend. “I mentioned [to] him that Finland is a land covered by forests and we also have a good monitoring system and network,” Niinstö recalled saying.

After Trump’s tweet, it was brought to light that Finns don’t actually rake their forests, only their parks, and yards. They do practice thinning, where trees are selectively cut down to reduce the risk of a fire, according to the Finnish Forest Association.

Enjoy some of the Finn’s hilarious replies to being called a “forest nation”:

The President of Finland ready to take another generation of Finns to rake and clean the forest floors to prevent forest fires. pic.twitter.com/8fAyVoJ2Qx 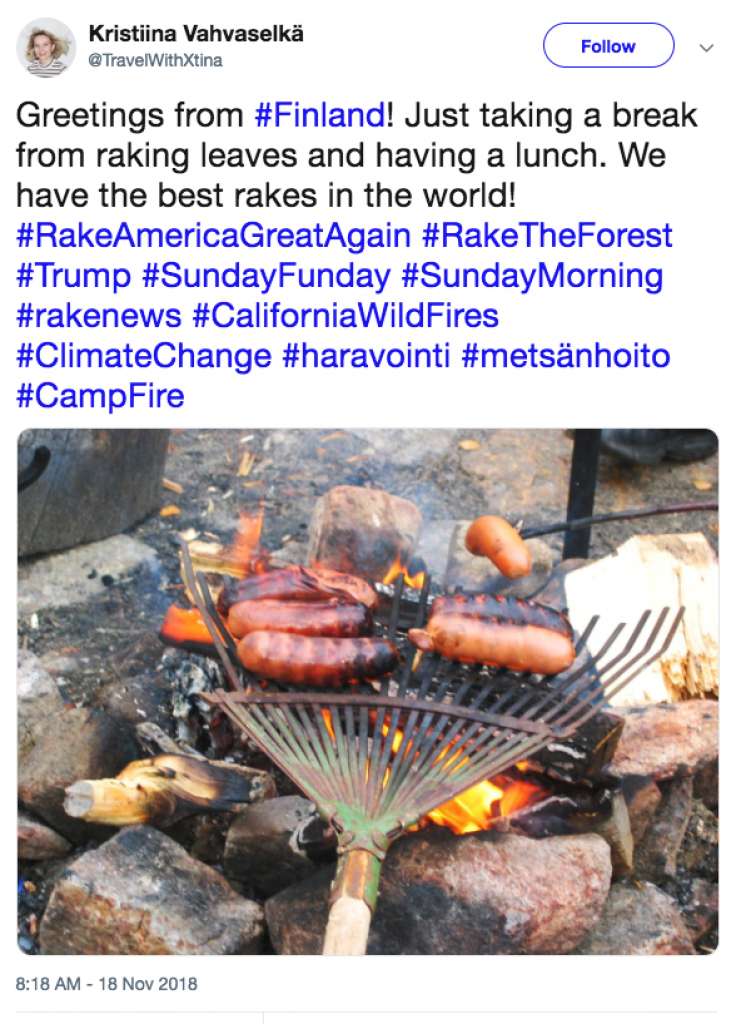 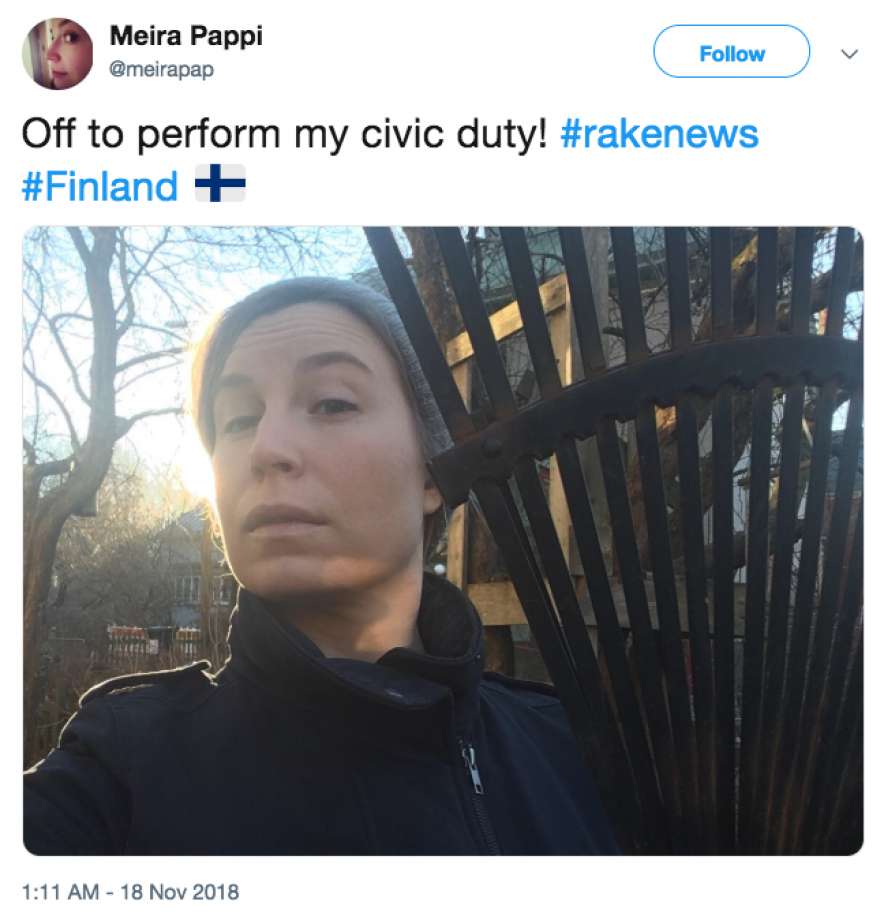