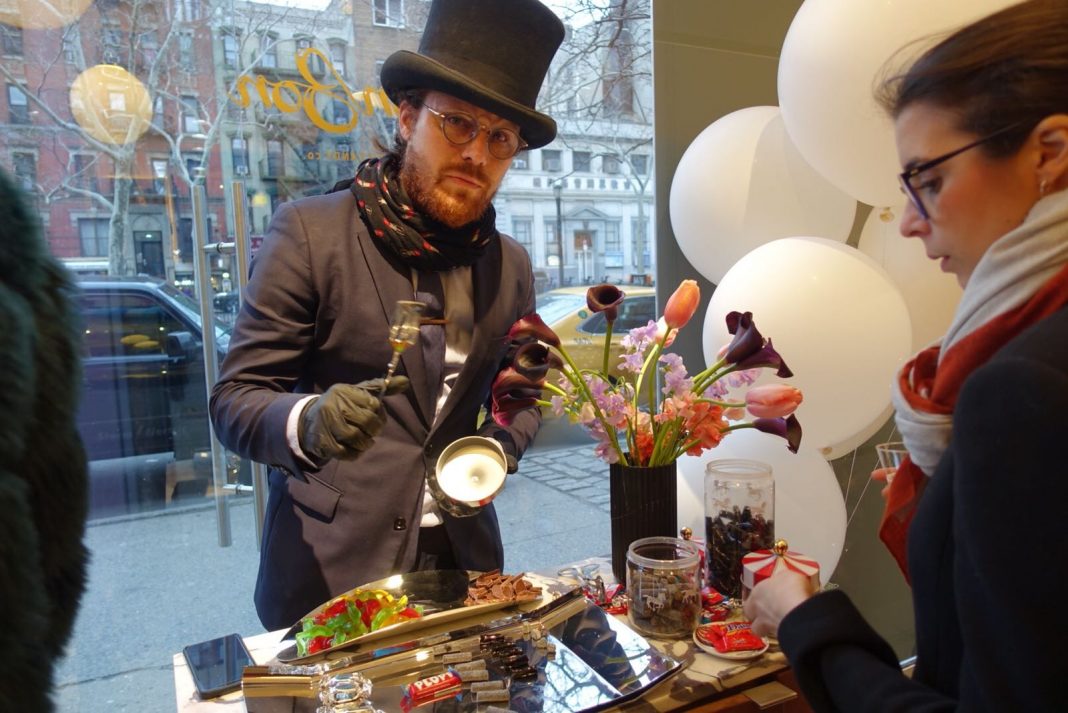 If you can’t come to the candy, the candy will come to you.

Bon Bon, the Swedish candy company based on the Lower East Side in New York, have made their Swedish candy available through Uber Eats, Door Dash, Postmates and more. But here’s the kicker: if you happen to be located outside of an area where these apps deliver, the three owners of Bon Bon will personally deliver the candy to you as Mr Licorice — a character dressed in a black top hat.

Mr Licorice is a get-up character created by Schaltz and the two other owners, Selim Adira and Robert Persson, in hopes of making Americans more interested in licorice, a classical Swedish favorite. “Most Americans who visit BonBon tend to prefer sour candies but I believe Mr. Licorice can change their minds.”

The Swedish character’s main responsibility is to make store guests feel like they’re on a “magical journey”, easing them into tasting off tasting sweet licorice, then medium, and finally salty flavors.

“How can we get Americans enthusiastic about something they most likely will not like? So we developed Mr. Licorice … as palates develop, and we can present (licorice) in a nice way, then I think we’ll get more converts,” said owner Leonard Schaltz to ABC 7 NY.

If you want to go on a magical journey with Mr Licorice, you can visit BonBon at 130 Allen Street on the Lower East Side. The store’s open from 10 a.m. to 12 a.m. Orders can be made either through one of Bon Bon’s delivery partners, or by phone or email. More information can be find on their website.

Recipe: LusseSemla – The perfect mix between a Lussebulle and a Semla?