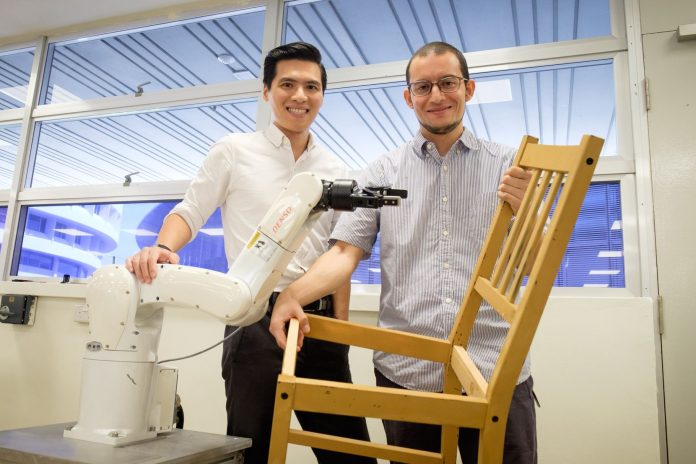 Robots are the future, we all know that.

Whether as a vacuum cleaner or a lawn mower, they help us do menial chores that no one wants to do. Now there is a robot for yet another very unpopular chore, assembling IKEA furniture!

At Nanyang Technological University in Singapore, this robot was made to assemble IKEA’s $25 STEFAN chair. The work was published in the journal Science Robotics, where the researchers explained how they programmed the robot to do this.

The robot was programmed with a manual of 3D images of the components and instructions of how to put it together, and it was able to assemble the chair in 20 minutes.

However, Rome wasn’t built in a day, and the robot didn’t work as it should, to begin with. More than one attempt failed before it was able to put together the STEFAN chair and all in all, it took the team three years to get the final product to work.

In the future, they might be able to build a robot that can follow voice directions by a human or follow the steps by watching a human build a chair. It’s also possible that robots might assemble chairs without a manual at all.