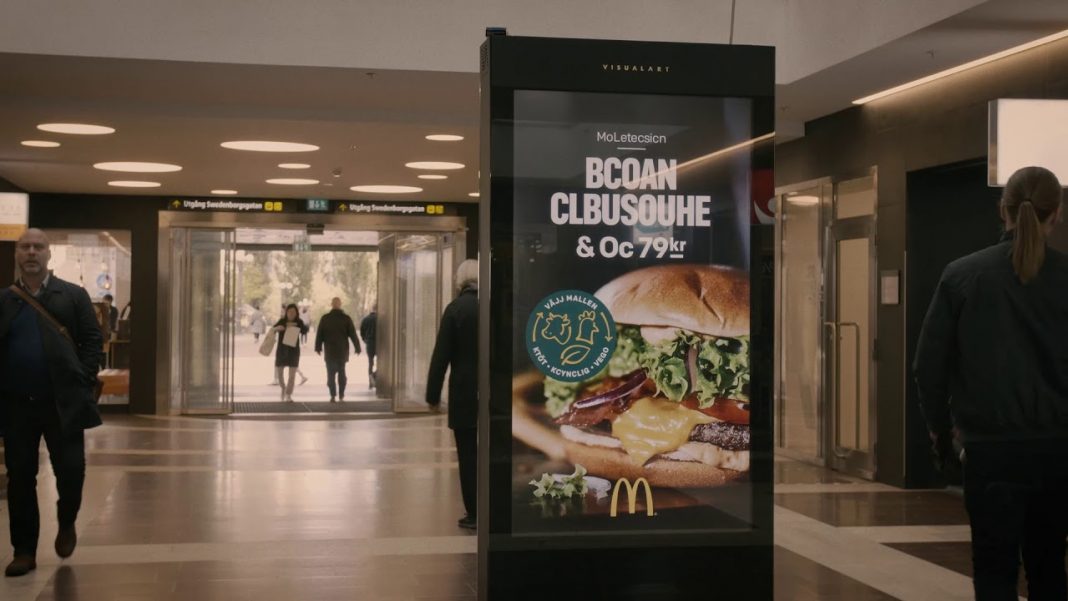 If you were visiting any of Sweden’s major cities and looking at a McDonald’s billboard or menu, you might notice something very odd: the letters would start moving and rearranging themselves!

No, this isn’t a magic trick or technical glitch: it’s actually McDonald’s Sweden raising awareness for World Dyslexia Day, which was held on October 4 this year. This learning disability affects up to 20 percent of people around the world and makes it difficult to read accurately. These advertisements were a creative collaboration with Nord DDB, one of the most popular ad agencies in Scandinavia. To see how they work, check out the video below:

“McDonald’s is big enough to make a difference,” noted Christoffer Rönnblad, the Marketing Director for McDonald’s Sweden. “It feels good to be able to use our scale and our voice in society to visualize an invisible problem that many suffer from.”

Along with the ads, each Happy Meal came with a free book that details a young boy’s struggles with dyslexia and about his everyday life.

What do you think about the ad? Would you be surprised to see a menu move on screen? Let us know in the comments!