Home Food Looking for Scandinavian food in the U.S? City by city guide 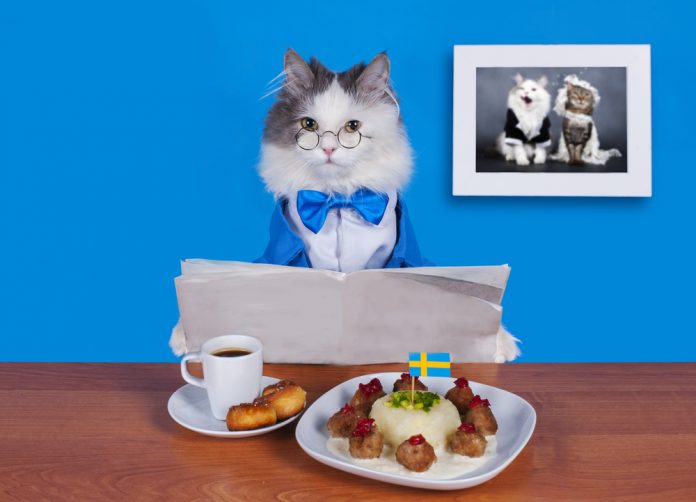 We are constantly updating this list, and will also include our own reviews when we’ve had the opportunity to do so. So keep checking back!

If you haven’t heard that Swedish candy is the best, you have clearly been living under a rock your entire life. For all you others, we know you’re having some Swedish candy cravings from time to time, so hit up Sockerbit next time that happens.

The Swedish word for patisserie or confectioner. This coffee shop has a seriously Swedish menu, and they have seven locations throughout New York.

Ok, seriously though. The way to a Swedes heart is with a smörgås (try pronouncing that!) From Smörgåsbord to Smörgåstårta, us Scandinavians love our Smörgås. Check back soon for a review on this place, because we are in need of that Norwegian gravlax smörgås ASAP.

n’eat is located in New York City’s East Village neighborhood. The menu is influenced by both old-world and progressive Nordic cooking techniques, while also remaining clean, fresh and simple.

Agern, meaning “Acorn” in Danish, is a season-driven restaurant and bar, located at Grand Central Terminal, tucked away between Vanderbilt Hall and the 42nd street southwestern passageway entrance.

The menu, from the hands of Icelandic head chef Gunnar Gíslason and his team, features farmed and wild ingredients from the New York State region exposed to time-honored techniques, and flavors rooted in Nordic Cuisine.

Claus hails from Denmark, where for the past 30 years he has been instrumental in unlocking the potential of Danish food culture through research, consulting, community and entrepreneurial initiatives.

He is the creator of the New Nordic Cuisine movement, and co-founder of noma, Copenhagen’s famed New Nordic restaurant.

Swedish and Turkish cuisine. You’ll find knäckebröd, lax and other Swedish items on the menu.

If you haven’t heard that Swedish candy is the best, you have clearly been living under a rock your entire life. For all you others, we know you’re having some Swedish candy cravings from time to time, so hit up Sockerbit next time that happens.

Clark Street was founded in 2014 by Zack Hall out of his apartment in West Hollywood, CA. After spending the summer at his wife’s family’s town working in a wood-fired bakery in the Swedish countryside and falling in love with the craft, Hall returned home to become a full-time bread baker.

Our bakery is the first authentic Danish pastry shop in Culver City, California offering light, and flaky pastries baked fresh throughout the day.

Robert and Andrea Sundell’s upscale Swedish restaurant has been recognized as one of San Francisco’s best restaurants. Located within the Inn at the Opera.

This fantastic farm-to-table restaurant has a very varied menu, but we spot some amazing Swedish dishes on the menu, including Toast Skagen and Swedish meatballs.

Without any statistics to back us up, we are still pretty sure that the Kebab pizza is the most ordered and loved pizza in the entire Scandinavian region. This Turkish – Italian fusion is as Swedish as it can get.

We weren’t sure if this restaurant was suitable for the list or not, but we ultimately decided it was a go. The word “Elske” is Danish for love; to love and the interior design of this place is definitely sleek and Scandinavian. As for the menu, this is definitely a more contemporary menu with a small hint of Scandinavia in certain dishes. 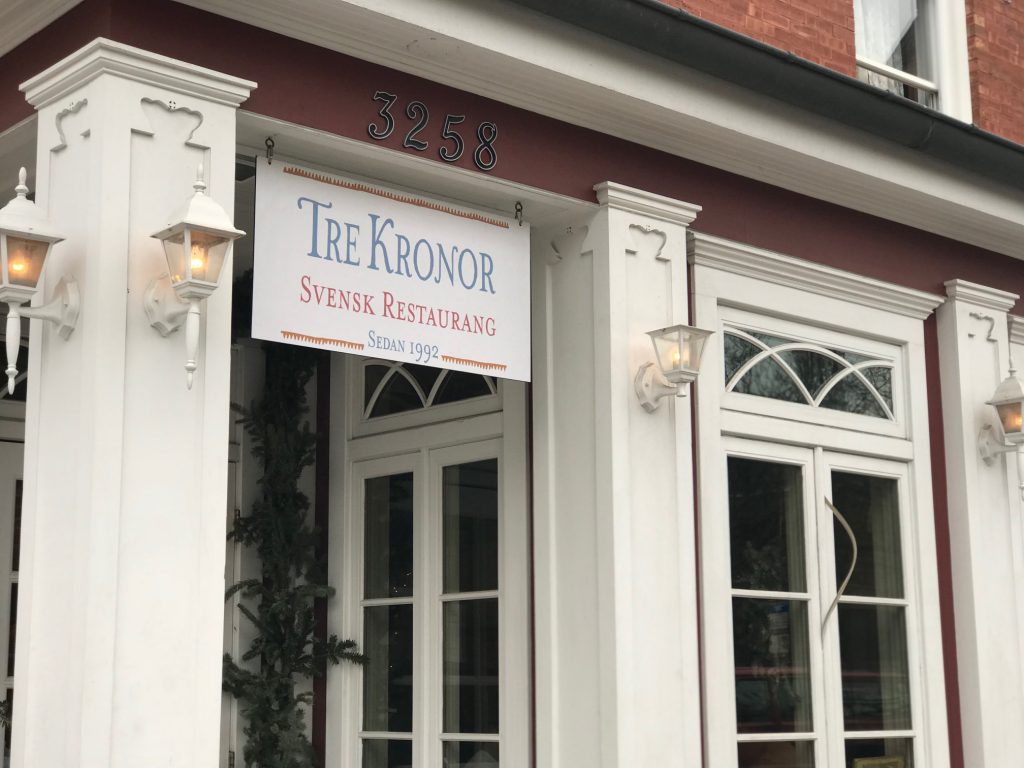 You can read Swedes in the States review of Tre Kronor here!

Located in Rice Lake, Hayward, DeForest, and Osseo, Norske Nook is renowned for its homemade cooking of Norwegian food and American favorites and “made from scratch, each crust rolled by hand” award-winning pies. Each location is open seven days a week and offers a full menu along with daily morning, noon, and evening specials.

Al Johnson’s is an authentic Swedish family-owned restaurant where you can find goats grazing the sod roof. It’s quite a sight, and it’s made this place one of the most famous restaurants in Door County. Inside the casual, carpeted dining room, young ladies in Scandinavian garb dish out limpa bread and Swedish meatballs.

The menu consists of a variety of Swedish fare, from pancakes with lingonberries to Swedish meatballs, whitefish, sandwiches, salads, and a variety of hot and cold plates.

Swedish coffee house and café with open mic night every Thursday! Time to get your inner ABBA out! You can find Swedish Meatballs, Toast Skagen, Swedish Pancakes, Salmon and Shrimp Sandwich (Räkmacka!)

Polar Bakery is an established Swedish family bakery serving the Finnish and Swedish community and people from all over the U.S. and other countries now living full or part-time or vacationing in the immediate area of Lake Worth and Lantana.

The Swedish Club in Seattle has a couple of dining options if you want to try out Scandinavian food.

Byen Bakeri, which opened in 2013, is a North Queen Anne neighborhood’s Scandinavian designer bakery.  As a bakery, they offer a variety of freshly baked bread, pastries, cookies, cakes, sandwiches, quiche, and coffee.

Also, not to forget..

Would you like to help us add to this list? Let us know by sending a message to info@swedesinthestates.com