Home Environment Plogga – The Swedish Trend That Will Save The Planet 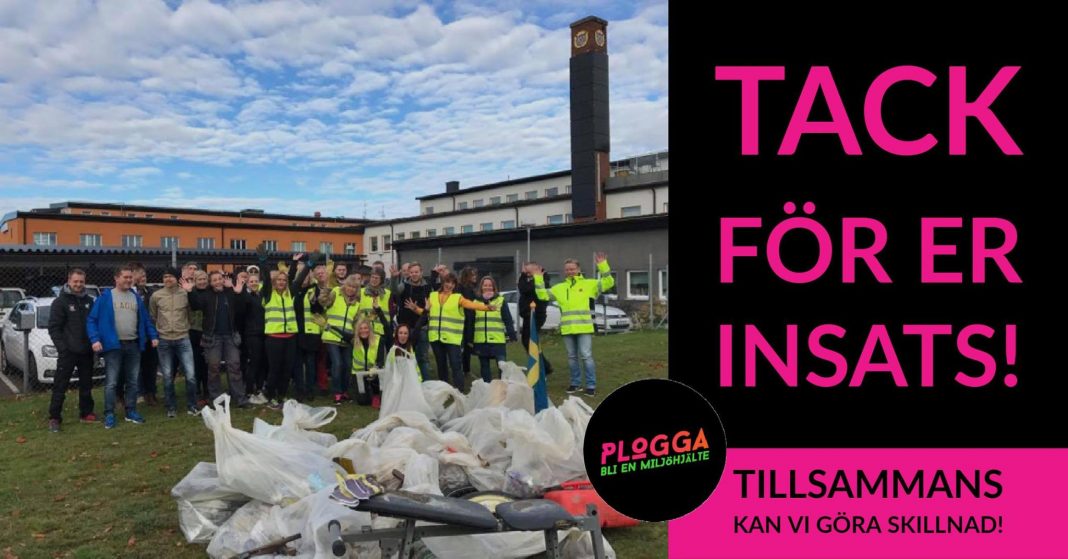 This article was originally published on February 19, 2018.

With over 100 events under the belt during their first six months, Plogga is the movement that caught people’s attention in Sweden, and the rest of the world.

The idea of Plogging is for participants to simultaneously pick up garbage while out jogging – a way to clean up our streets and prevent our oceans from being filled with plastic and garbage. Through the movement, anyone can help since it’s as easy as picking up a piece of plastic on the side of the road while getting your daily exercise.

“For years I have tried to change a behavior that I think is a sign of an unhealthy society without respect for each other, and that is littering. The solution is simple. We’ll just have to start plogga,” says Erik Ahlström, the founder of Plogga.

What is Plogga?
Plogga is a movement created and followed by people with the same urge to live in a clean world. The word comes from the words picking up garbage and jogging mixed into one. Plocka (pick up) + jogga (jog) = plogga. This is is exactly what Plogga is – picking up garbage on the streets while getting exercise. It can be anything from a bike ride, a stroller, walks to canoeing or any outdoor activity.

It’s universally known that jogging gets your endorphins going, which is why Eric Ahlström came up with the brilliant idea of mixing that rewarding feeling with another good feeling, i.e not only doing something good for yourself, but for the environment and the planet.

Did you know…?
if we continue littering the way we do today then by 2025:

Research shows that when people attend sport and cultural events and the place is full of garbage, people choose to sit further apart than if the place would be clean and empty from garbage. The same goes for our streets. Have you ever noticed that areas with lots of littering, often have more criminal activity and graffiti than those areas that are clean from garbage? It’s proven that people tend to not want to mess up already clean places, but if it’s already littered, people just won’t care as much.

“We have to start at an early age. If we teach our kids that cleaning up after ourselves, and taking care of the environment is cool, then there’s a bigger chance that they’ll develop a sustainable lifestyle and approach to our planet,” says Ahlström.

There are some places on the planet that are almost completely garbage-free. Among them are Chamonix (France) and Verbier (Switzerland). When Erik Ahlström asked himself how to make all cities clean from garbage, plastic bottles, cigarette buts, and general littering, he found the solution to be easy – start plogging! 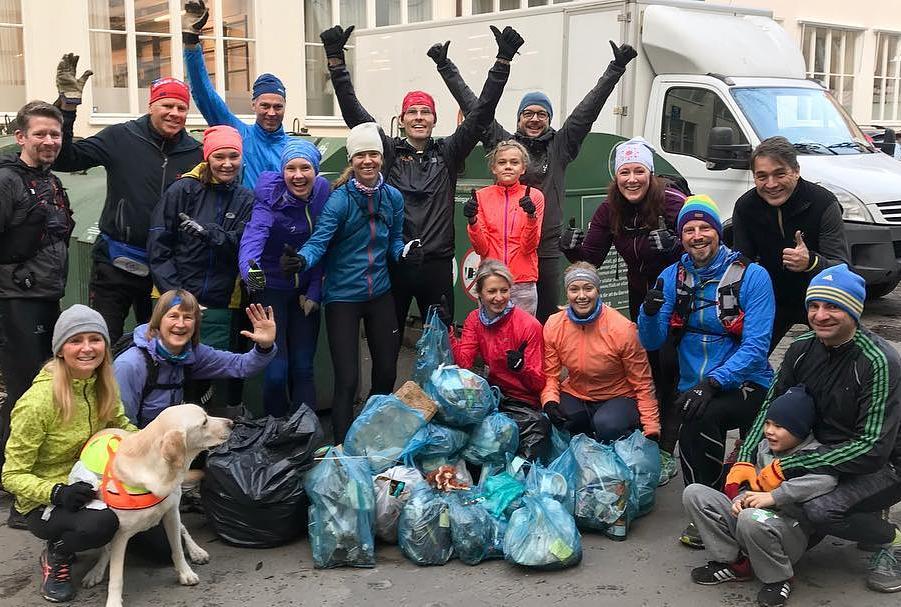 Ahlström says that Plogga has come in a new phase, where it’s not brand new anymore and more and more people are showing an interest in the environmental motion he started. Now over 100 plogga events later,  people are showing a great interest in helping out. Most events have been in Sweden but the movement is expanding worldwide, with events in Finland, Switzerland and even all the way over the Atlantic in Denver, USA.

“My strongest and best memory so far is was when I, together with 700 kids from Järla School, plogged up one whole ton (!!) of garbage together at the end of September 2017. There was so much joy, happiness and energy shared between those 10-12-year old. Some of these kids even came up to me to personally thank me for coming to their school and plogging with them. My eyes watered and I still get shivers when I think back on that day. We picked up 2200 lbs (1000 kg) off garbage from an 8000 square feet area around their school.”

Eric Ahlströms tips to on how to keep our cities clean: