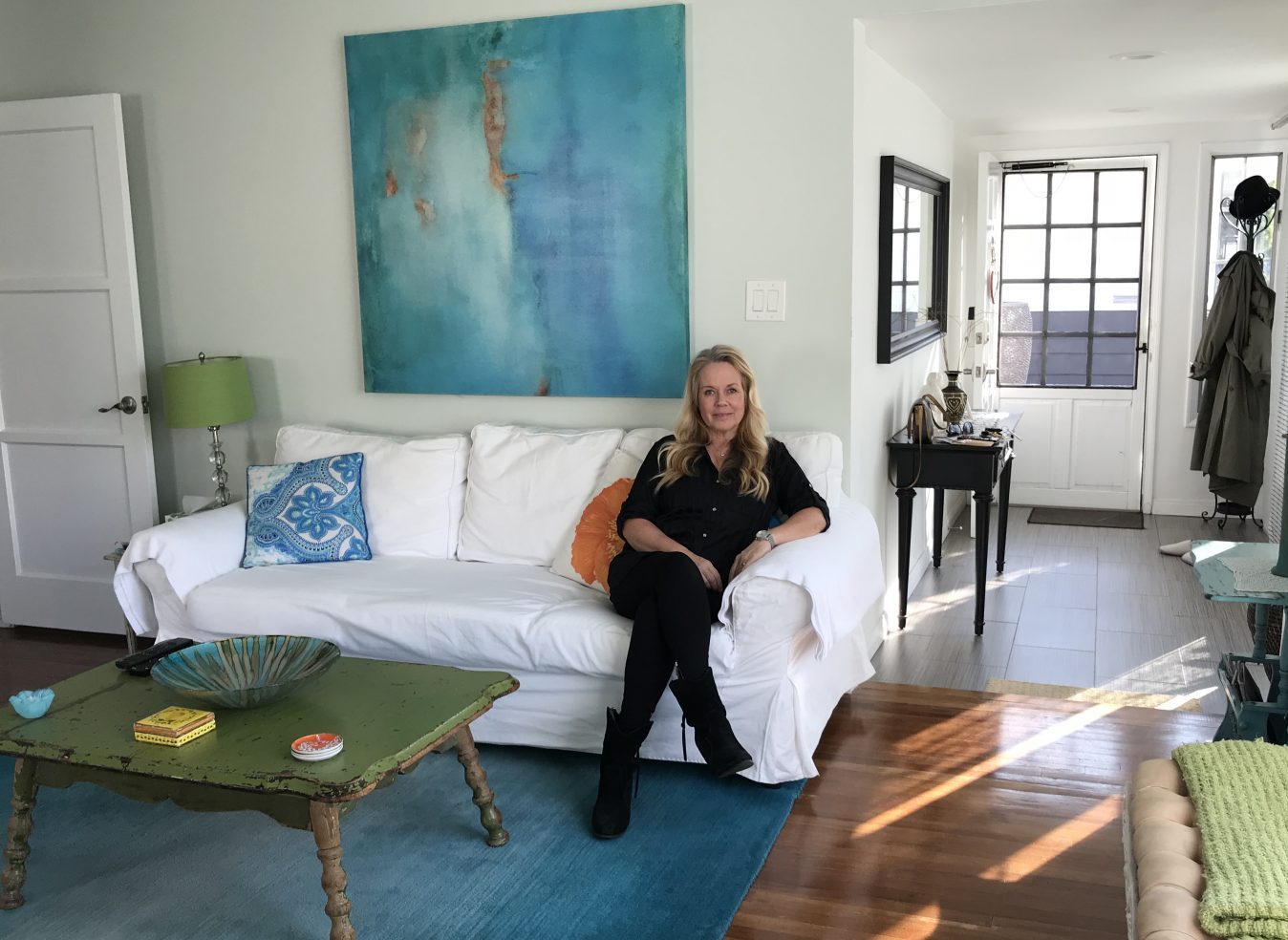 For each and every listing, our Nordic hosts also offer Swedes in the States readers 15%-20% discount to your stay (depending on season). More details about the offer can be found at the end of the article. When and why did you move to the United States and Los Angeles?

I left Stockholm in 1992 to study theatre in New York City. I met my Canadian husband, Michael, on a weekend trip to LA in 1995. A year later I ended up moving to Los Angeles to be with him. We eventually got married and created a little family together. When did you decide that you were going to start renting out this house as a vacation spot?

My husband is a realtor and property investor. It’s very common here to own houses as investments and have them rented out. He bought this 3 bedroom house in 2014, and the plan was to rent it out yearly to a family.  I suggested making it into a vacation rental property. He was skeptical at first but said: “Let’s try, I’ll give you six months”.

I furnished and decorated it on a tight budget. I bought most furniture and items second hand. It was so much fun, like a really big treasure hunt. Since then, I started a vacation property management business and am managing eight listings on Airbnb, four of them have been set-up from scratch and decorated by me. I used to work in the hospitality industry and I have traveled the world. I made sure my house offered everything I would need and appreciate as a traveler, and then some. I often get reviews praising the comfort and the thoughtfulness behind all the amenities offered. I have a super-host status on Airbnb and we are proud to be part of Airbnb’s new “selected home” program called Airbnb Plus.

We could see some Swedish details in the decor but it’s mostly a very Californian flair to the interior. How important was it for you to have a piece of Sweden in your Airbnb?

The house is a mixed style house, French, Asian, old and new. I couldn’t really put a title on it even if I tried. It is not a Swedish style home, just a few things here and there. I have a “välkommen” sign hanging on the front door and a boat with Stockholm written on it. I also have a “no shoe” policy. In the house rules, I explain that I am Swedish and it is a tradition not to wear shoes inside the house, to my surprise, most guests honor this rule. The kitchen is Ikea, as well as the bathroom sink and a few other pieces of furniture. My kitchen floors are French-inspired, white and black checkered. I also created a French corner in the living room, with an antique gold dresser that has a gold vase on top and some old french pictures around it.

One of the bedrooms is Asian inspired with a tone of dark pink, a rattan bed frame and a matching lamp, and some Asian silk art on the wall. The second bedroom has a blue and white beach theme, this is where I have my Stockholm boat placed on a shelf. People tend to love our decorations and bright coloring. Where do most of your visitors come from?

I am guessing that most of my visitors, or maybe 50/50, are Americans. Mostly families are from other states in the US, but also many from Europe, Australia, New Zealand, Japan, South Korea and lately many visitors from China.  I sometimes get Swedish visitors as well, it’s always a surprise for them when I answer their inquiry in Swedish. Fewer visitors are from the Middle East, South America or Africa.  You are all welcome to come and check it out.

You can find Helene’s listing on Airbnb here: https://www.airbnb.com/rooms/plus/4284302

If you want to book Helene’s listing with the 15-20% Swedes in the States discount, contact Helene directly at: VillaHarmonyStay@gmail.com and simply mention “Swedes in the States”. The offer is not valid during the Christmas & New Years holidays.