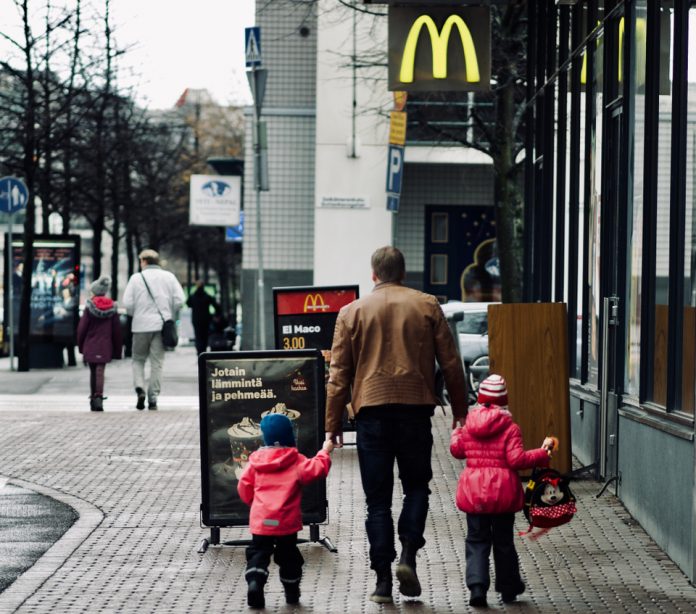 In a commercial made by the franchise giant McDonald’s Sweden, they not only highlight the fact that Swedish dads have the freedom to, and actively chooses to, take paternity leave.

They also make a unique pitch to potential hamburger consumers — come to McDonald’s because our customers aren’t rude to children. The ad shows a father of two bringing his children with him on different kinds of occasions, such as a wedding, the doctors’ lounge, the grocery store and so on. Everywhere they go people either leave or get upset because as we all know, children can be fussy. However, upon entering McDonald’s, the father is greeted by understanding smiles from other families.

Even though the commercial is made for Sweden specifically, it made headlines across the world, with the American site, Fatherly, writing: “interesting”, and how “this illustrates in many ways how parenthood in Sweden is different”.

Very true. It is in fact, quite different. Sweden offers up 480 days of paid parental leave (60 of these days can only be used by the father), with over 90 percent of all fathers making use of this. In the U.S., paid paternity is not regulated by a law, which means some get up to a few weeks and some none at all.

With their commercial, McDonald’s wants to show how family friendly they are in hopes of more families visiting the franchise. To the rest of the world, the commercial raised important questions regarding the differences between a father’s relationship in Sweden versus countries where fathers aren’t able to take time off to spend with their children.

You can read this article published by Fatherly, a lifestyle magazine for Dads, expressing surprise over the fact that there are changing tables in the men’s bathroom, as well, in Sweden.

This article was originally published on May 4, 2018.