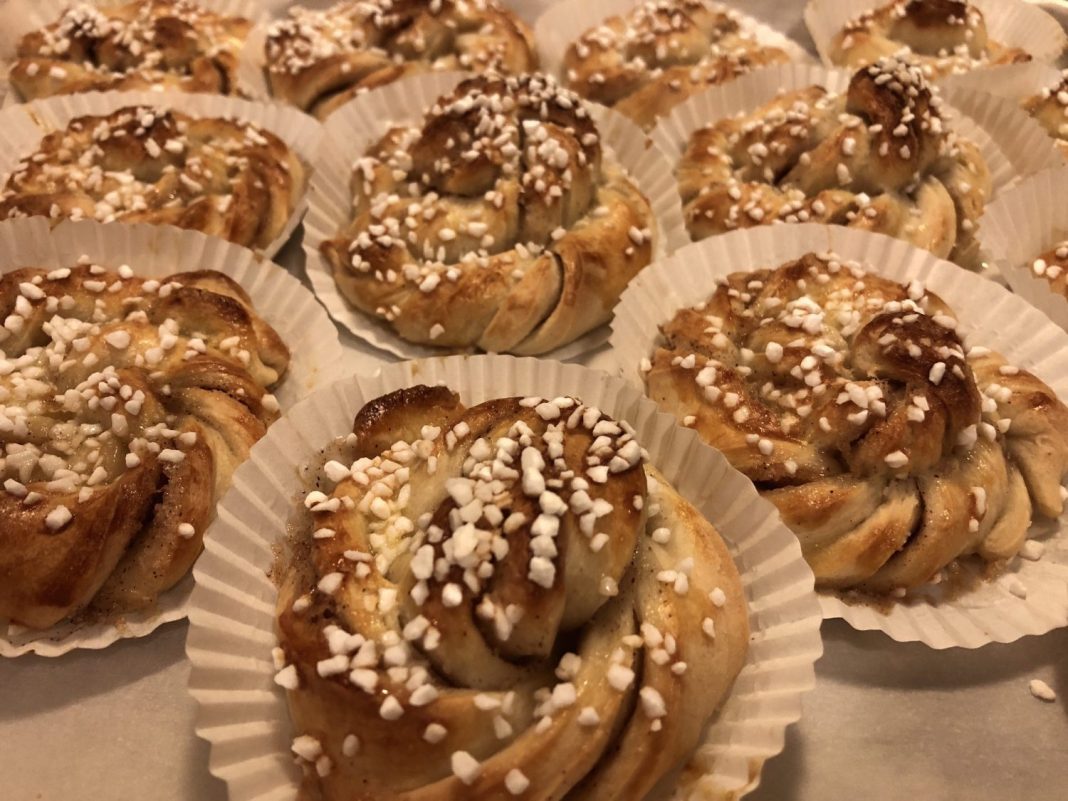 We hope you’ll enjoy it! Roll each half of dough into a 12” by 18” rectangle. Brush each rectangle well with melted butter. Combine 2/3 cup sugar and 2 Tbsp. cinnamon. Sprinkle evenly over the 2 rectangles. Fold the rectangle upwards to make a double layer. Using a sharp or serrated knife, cut each cylinder into 18-20 equal slices. Twist each slice in opposite directions and roll into a bun, see pictures down below. Place each slice into a paper cupcake wrapper and place on baking sheet. Cover with a towel and allow to double in size, about 45 minutes. Preheat oven to 425º. After that brush risen cinnamon rolls with egg wash and sprinkle with pearl sugar and/or almonds. Place in the middle of a preheated oven and bake for 8 minutes, or until done (I baked mine for 10 minutes). (This article was originally published on Oct 4, 2017. Edits have been made since then.)