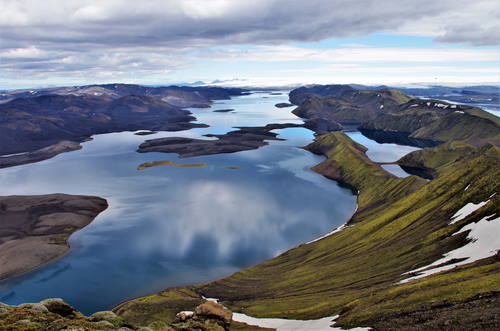 No trip to Iceland is complete without visiting one of its natural wonders. With so many to choose from, we decided to consult the UNESCO World Heritage list to start. Although there are only three points on the list, we believe in quality over quantity — so let’s take an in-depth look at each spot and check them out!

This is the only cultural site on Iceland’s UNESCO list, and for good reason: it was the site where the Icelandic parliament held their annual meeting from 930AD to 1798AD, before moving indoors to the Althing.

Located in Bláskógabyggð, about 40 km northeast of Reykjavík, Þingvellir National Park is one of the most popular tourist destinations in Iceland and one of the three key attractions on the famous Golden Circle route. It lies in a rift valley between the North American and Eurasian tectonic plates, and has a multitude of things to do: there are hiking trails, such as the Execution Trail (where executions took place back in the 1600s — but don’t worry, it’s completely safe now!), walks along the Drekkingarhylur river, and even scuba diving between the two tectonic plates at Silfra Lake.

Now let’s take a little trip off of one island and onto another one! Surtsey (“Surtr’s island” in Icelandic) is a volcanic island located off the southern coast of Iceland and is considered to be the southernmost point of Iceland.

Interestingly enough, Surtsey is fairly new, as it was created by a volcanic eruption in 1963. After it cooled down, the newly-formed island was named after a fire creature, Surtur, from Norse mythology. Three French journalists from Paris Match magazines landed on the island a few weeks after it was formed and only stayed on for about 15 minutes before violent explosions caused them to leave. The journalists jokingly claimed French sovereignty over the island, but Iceland quickly asserted that the new island belonged to it. A funny story for everyone except the Icelandic government at that time. 😉

Nowadays, Surtsey is used to study ecology and biology that naturally occurs on and around the island. In fact, only a few scientists are permitted to land on Surtsey — the rest can only observe what’s happening from a small plane. This rule allows the natural ecological succession for the island to proceed without interference from outside forces. And, thanks to this rule, Surtsey was declared a UNESCO World Heritage Site in 2008 in recognition of its great scientific value.

Finally, we have the ‘youngest’ member on our list — the Vatnajökull National Park was inscribed as a World Heritage Site on July 5th, 2019! Located in the southern region of Iceland, this National Park is home to the largest glaciers, highest mountain, picturesque landscapes, and stunning waterfalls. Popular tourist attractions include the Jökulsárlón glacier lagoon, Svartifoss waterfall (which is extremely popular, especially with wedding photographers and travel bloggers), the Askja caldera, and the black sand dunes.

Which of these three spots would you like to visit? Let us know in the comments below!