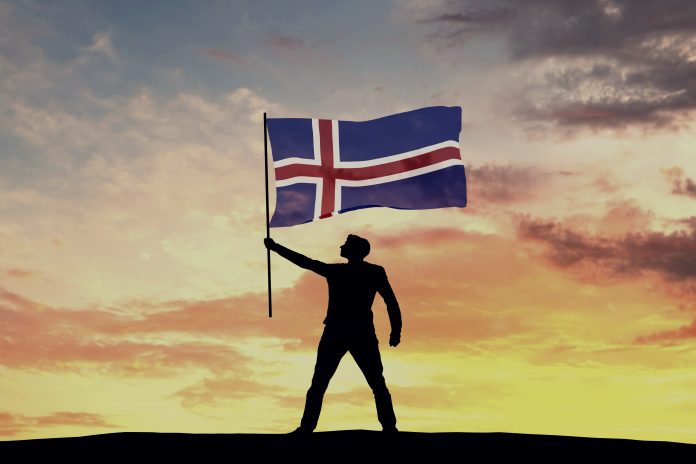 Ringing in the New Year with a bang, Iceland becomes the first country in the world to make it illegal to pay any employees doing the same work less than each other — regardless of gender, sexuality or ethnicity.

Under the new legislation, every company and government based agency with more than 25 employees will have to get a government certification to uphold the equal-pay policies. Anyone failing to do so will face fines.

“It’s a mechanism to ensure women and men are being paid equally,” Dagny Osk Aradottir Pind, a board member of the Icelandic Women’s Rights Association, told Al Jazeera.

Icelandic women are currently earning about 14 percent less than men, but with the new law, officials hope that by 2022 the gender pay gap will be erased. And there are already on the right path to getting there. Since 2006 Iceland has been ranked by the World Economic Forum (WEF) as the world’s most gender-equal country. As measurements, The Global Gender Gap Report uses pointers such as economic opportunity, political empowerment, general health and survival success rates. Since the start of the reports 9 years ago, Iceland has minimized its gender cap by 10 percent, making it one of the fastest-improving countries in the world.

“Equal rights are human rights. We need to make sure that men and women enjoy equal opportunity in the workplace. It is our responsibility to take every measure to achieve that,” Equality and Social Affairs Minister Thorsteinn Viglundsson said on International Women’s day in 2017, when the bill was signed.

In addition to the equal pay law, Icelandic companies with more 50 employees must have at least 40 percent women on their boards.

“Women have been talking about this for decades and I really feel that we have managed to raise awareness, and we have managed to get to the point that people realise that the legislation we have had in place is not working, and we need to do something more,” said Dagny Osk Aradottir Pind to Al Jazeera.