Home History How Sweden Found Out About The Chernobyl Disaster and Alerted The Rest... 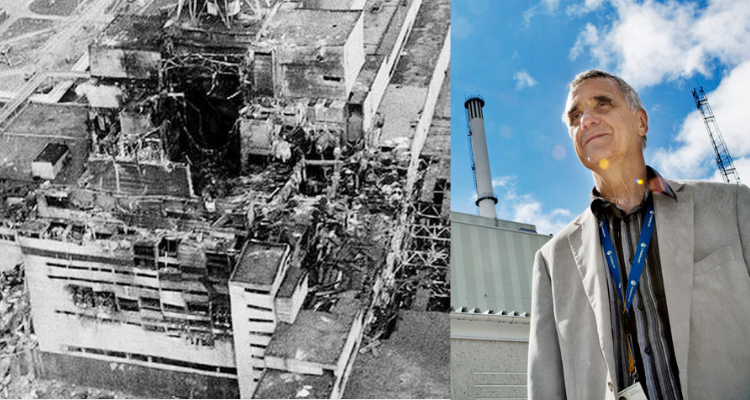 Who can forget the widely popular HBO series “Chernobyl“? The series which premiered in 2019 follows the story of local men and women who try to diffuse the nuclear damage done when a power plant exploded in the town of Pripyat, Ukraine, in April 1986.

The main characters were locals from nearby Ukrainian towns, but did you know there was another hero, located hundreds of miles away in Sweden, who basically saved the rest of the world from certain catastrophic damage from the aftermath?

This is his story.

This article was originally published on June 20, 2019.

On the morning of April 26, 1986, the world experienced the worst nuclear disaster to date when the 4th nuclear reactor at the Chernobyl Power Plant, in northern Ukraine, overheated and exploded. The blast released a huge amount of radioactive substances such as iodine-131, caesium-137, and plutonium-241, which are extremely harmful to humans in large doses.

What made the situation even worse was the fact that the Ukrainian government, which, at that time, was part of the Soviet Union, tried to keep the entire event a secret as they scrambled to “clean up” the accident. Pripyat, which was only 180 km from Kyiv, the capital of Ukraine, experienced a burst of wind during the accident, which scattered the radioactive plumes all around the country and began spreading to neighboring countries like Belarus and Russia.

Within a few days, radioactive particles began to seep into the rest of Europe.

“I didn’t discover it. I just happened to be there,” Cliff Robinson, a chemist, tells Radio Sweden.

It was early Monday morning on April 28, 1986, and Cliff had just had his breakfast in the coffee room at the plant. He went to retrieve something from the locker room, where he had to pass through a radiation detector before going inside. Instantly, Cliff set the alarm off.

“It was so strange because I hadn’t even been in the controlled [nuclear] area!” he says.

He went through the detector again. It set off an alarm again. After calling a coworker and going through a third time, the alarm didn’t go off. Thinking it was a faulty detector, Cliff shrugged and went back to his work station.

An hour later, he went back to the detector, where a large crowd of his coworkers gathered. Nobody could pass through without the alarm going off.

Something had gone terribly wrong, and nobody knew what happened.

“We found nothing,” said Claes-Göran Runermark, who was the operation manager in charge at the time. “We went over all the radiation detection systems over and over again, and there was nothing from Forsmark [the nuclear power plant].”

Despite the alarm, Forsmark employees did not panic. After taking an analysis, they could identify the radioactive particles that they found in the grass near their workplace as those that were specific only to Soviet power plants.

“Thanks to our early detection we could inform the Swedish authorities at an early stage, who then told the world about the radioactive pollution coming from the disaster in the Soviet Union,” said Mr. Runermark.

In fact, a few hours after Forsmark alerted the government, Swedish diplomats were already in touch with Moscow inquiring about whether there could have been a nuclear accident in the Soviet Union.

Surprisingly, the answer they got was “no”.

There had been no accident, and Soviet diplomats were tight-lipped about the entire situation.

After a back and forth exchange, including an entire presentation of the evidence of nuclear fallout, Sweden finally warned that they were going to file an official alert with the International Atomic Energy Authority. Only then the Soviet Union admitted that there had been an accident at Chernobyl.

After the devastating news hit major broadcasting stations around the world, the Soviet Union was forced to declare to their own people that there had been an accident at the Chernobyl plant in Ukraine. The news broke in the evening of April 28, more than 48 hours after the nuclear reactor had exploded.

Thanks to the quick thinking of a few employees at Forsmark that day, the world was saved from even further damage from the effects of Chernobyl.

“It was a horrid experience, especially since so many people died because of Chernobyl,” Robinson, now 63, recalled.

“I will never forget the events of that day.”

This article was originally published on June 20, 2019.