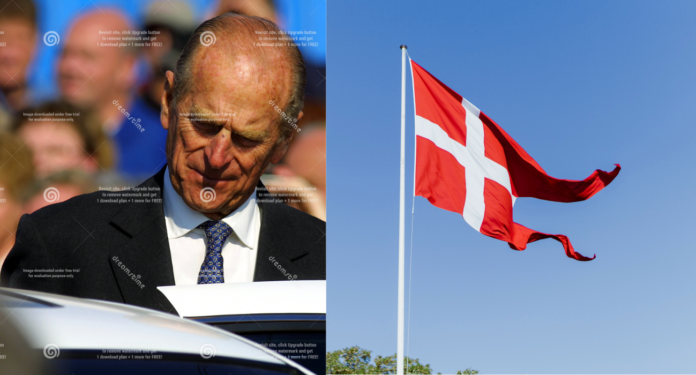 The prince who was, without doubt, an important member of the British royal family and consort to Queen Elizabeth II, contributed enormously to the Queen’s reign as a husband and support system. Although it’s commonly known that Prince Philip, Duke of Edinburgh was born Prince Philip of Greece and Denmark, some may be scratching their heads as to how he was related to the Danish crown.

At the time of their marriage in 1947, Prince Philip was technically still in the line of succession to the Greek and Danish crown by birth. The Prince’s Danish connection stems from Prince Philip’s grandfather George I of Greece, who was born in Copenhagen as a Danish prince in 1863. His birth name was Christian and he was the second son of Christian IX of Denmark.

George’s older brother Frederick VIII, would inherit the throne from their father, and was the great grandfather of Denmark’s current regent, Queen Margrethe II.

How did a Danish prince go on to be the king of Greece?

At 17 years old, Prince Christian of Denmark was elected king by the Greek National Assembly. He was chosen to start a new royal dynasty with the support of the United Kingdom, Russia, and France after the unpopular, former Bavarian prince, Otto of Greece had been removed from the throne, and therefore became George I of Greece.

Prince Philip’s father, Prince Andrew of Greece and Denmark was the second youngest son of George I, and was therefore never king or crown prince. However, under the rule of Prince Andrew’s brother, Constantine I of Greece, and his son George II of Greece, the family was forced into exile as a result of the Greco-Turkish war.

Despite stating that he felt more Danish than Greek, the Prince never spoke Danish or Greek growing up.

Would Prince Philip be in line for the Danish throne if he hadn’t married Queen Elizabeth in 1947?

The succession was adopted when Frederick IX and his wife had three daughters and no sons. The new act of succession meant that the crown could now fall on women if they had no male siblings, and it also restricted descendants of Christian X to inherit the crown. This is the law that ultimately would allow Queen Margrethe II to inherit the crown from her father.

Prince Philip was, however, at the time of the adoption of the new act of succession, a British subject, and prince consort to the Queen of England, which meant that he had already forsaken all claims to any throne through his bloodline.

Going back through bloodlines, Queen Margrethe II of Denmark and Prince Philip, Duke of Edinburgh are related to each other through their great-great-grandmother, Queen Victoria – who is famously known as the mother of royals in Europe.

Upon learning about the death of Prince Philip, Queen Margrethe II, who is a close friend to Queen Elizabeth II, sent a private message to the newly-widowed Queen. Because the message was private, the contents of it are unknown.

The Royal Court in Denmark published a post in honour of Prince Philip, saying:

Her Majesty The Queen has today sent personal condolences to Her Majesty Queen Elizabeth II in connection with the death of His Royal Highness Prince Philip, The Duke of Edinburgh.⁣
⁣
Prince Philip was born in 1921 as Prince of Greece and Denmark and was a great-grandchild of Christian the 9th.⁣
A portrait of Prince Philip was painted by the Australian-born artist Ralph Heimans in 2017. In the painting, Prince Philip wears the Danish Order of the Elephant.

This article was originally published on April 14, 2021, and has since then been updated.