Home News Happy 100th Birthday, Iceland! Here Are 10 Reasons Why We Love This... 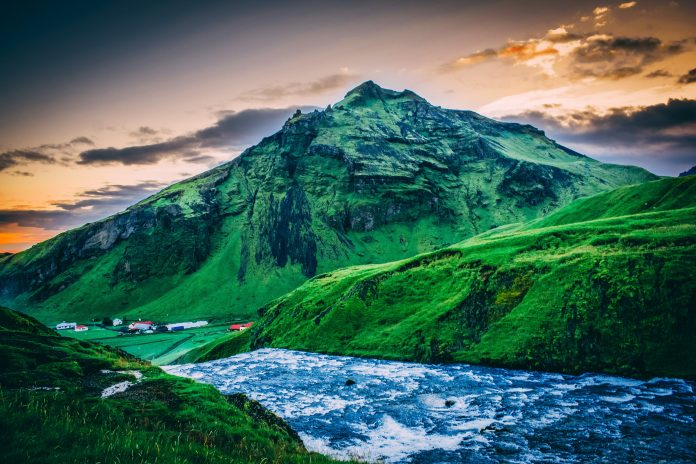 Just a few days ago, Iceland celebrated a monumental occasion: its 100th birthday!

One century ago, on July 19, 1918, the Alþingi (Icelandic parliament) agreed to sign the Danish–Icelandic Act of Union, which made Iceland a fully independent and sovereign state. The treaty became law on the 1st of December, and Iceland has been an independent country ever since.

To celebrate, let’s look at some of the reasons why we love our Nordic neighbor:

1. The first country to elect a female president
Back in 1980, history happened when Vigdís Finnbogadóttir was the first woman in the world to be elected head of state in a national election. Although she narrowly won by one percent — 33.6 percent of the national vote, while her nearest rival got 32.1 — Finnbogadóttir was well-liked by Icelanders and promoted environmentalism and the Icelandic culture. She held this position until 1996.

2. There are no mosquitos
There’s nothing worse than falling asleep and hearing that annoying buzzing in your ear … and waking up with mosquito bites all over your body. Thankfully, Iceland is one of the few countries that do not have any mosquitos at all. Why is that? Thanks to the sudden drops in temperate and long winters, mosquitos cannot survive and lay eggs.

4. Stunning Northern Lights
Icelanders are a lucky bunch for a variety of reasons, including the fact that the Northern Lights (also known as aurora borealis) are literally in their backyard! These gorgeous blue-green hued lights can be seen for eight months of the year in Iceland, and inspire thousands of travelers to visit the country every year in the hopes to catch a glimpse.

5. Iceland Runs on Clean Energy
Over the last few years, Iceland has quickly been switching to clean and renewable energy sources. In fact, 100% of Iceland’s electricity is “clean” energy: 73% comes from hydropower and 27% from geothermal power.

6. Literature is in an Icelander’s Blood…
No, we’re not trying to be creepy: Iceland is a mecca for literature lovers and has been for centuries. To start, Icelandic authors published the most books per capita, and if you’re an Icelander, there’s a 10% chance you’ll publish a book in your lifetime. In 2011, Reykjavik became a UNESCO City of Literature.

7. …and So Are Films!
James Bond, Batman, Captain America, Tomb Raider, The Secret Life of Walter Mitty, Game of Thrones, and even Fast and Furious were shot in Iceland.
(Also, Icelanders watch more movies than any other nation!)

9. Icelandic is One of the Most Unique Languages
Unlike most other languages, Icelandic has barely changed since it was created. In fact, modern-day Icelanders can read and understand ancient Norse text from thousands of years ago! It’s also a rare language since only 350,000 people around the world speak Icelandic – or 0.005% of the world’s population.

10. Iceland is One of the Happiest Countries in the World
Ever since the World Happiness Report started six years ago, Iceland has consistently been nestled in the top four – usually amongst its Scandinavian neighbors Finland, Denmark, and Norway. The report, created by the United Nations, looks at a variety of different factors like social support, healthy life expectancy, freedom to make choices, generosity, and trust in the government. With all of the amazing things in Iceland, it’s hard to be sad in this country!

Now it’s your turn, dear reader: Let’s raise a toast to the 350,000-something Icelanders. Here’s to hundreds of more years!

What’s your favorite reason for liking Iceland? We want to hear it in the comments!

P.S. If we didn’t convince you, then how about Beyonce and Jay-Z? They visited Iceland in 2014 to celebrate Jay-Z’s birthday 🙂