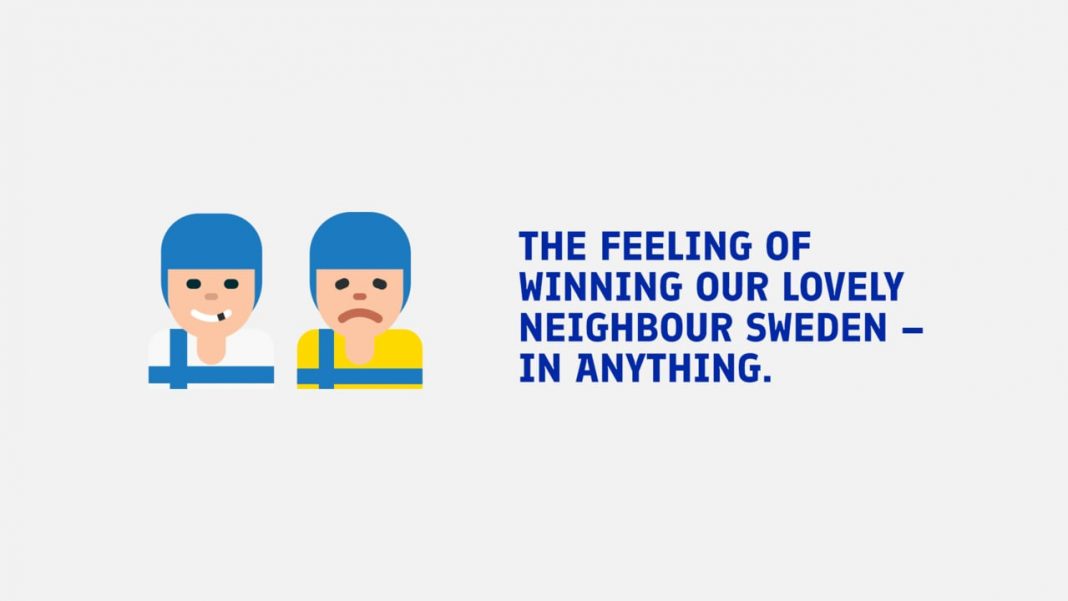 Finland has a set of official national emojis

Finland now has an emoji for when they beat Sweden in “anything”. This one is called happiness and features two heads with helmets, one colored in blue and white, and one naturally colored in yellow and blue.

Swedes know that this very rarely happens, but we’ll let them have it. The Finns have also created emojis for sisu (never giving in) and perhaps the most usable one, Finland never getting any points in the Eurovision Song Contest (compared to Sweden, who’s won the contest 6 times…).

Click on the video above to see more of the 56 official emojis created to explain what Finns are all about.