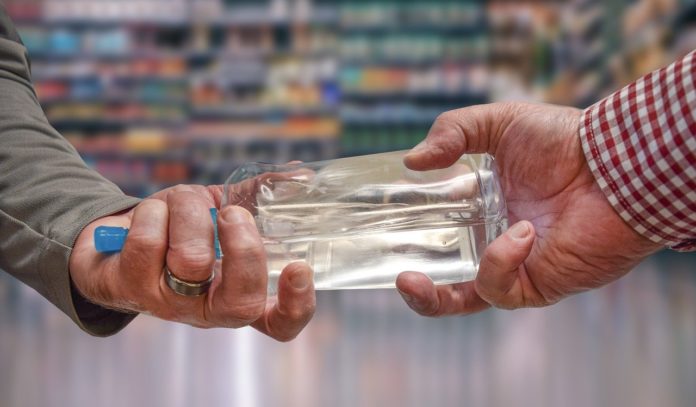 Hand sanitizer has become a scarce commodity around the world, including Denmark. People have started to hoard this anti-bacterial gel to the extent that stores and even hospitals are running out. However, one manager of a grocery store had a genius way to stop hoarders.

Store manager Rasmus Vejbæk-Zerr, who works at the Rotunda in Hellerup (a suburb of Copenhagen) decided to do something about it.

He put up a sign near the hand sanitizers that read:

Rasmus explains his reasoning: “There are many customers – especially older customers, who really need hand sanitizer. The problem is, [we usually run out].“

Before the new “policy” went into place, customers usually bought up five to six bottles of sanitizer. Such a large amount of purchases in such a short time often lead to empty shelves, as the store restocks hand sanitizers every five to six days — if the shipment is on time.

Rasmus notes that, so far, there have been no desperate (nor wealthy) enough customers who have bought more than one bottle.

“In these surreal times, I like to add some humor into it, because then people listen better.

It’s not a matter of money, but rather that you [really need to think about it].“