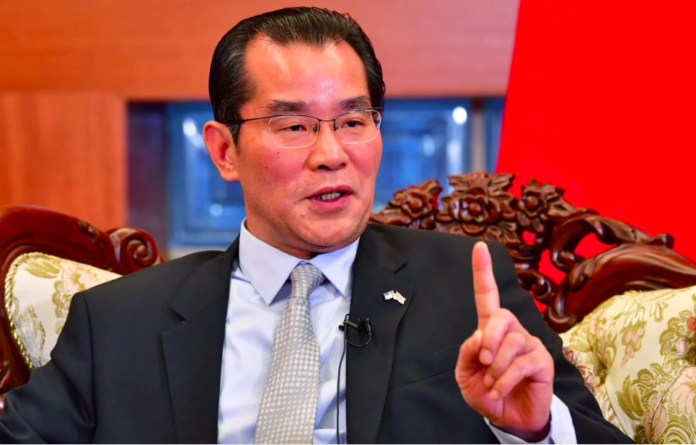 Chinese ambassador to Sweden Gui Congyou caused a ruckus this past weekend after he slandered local Swedish media because they “have a habit of criticizing, accusing and smearing China.”

Congyou, who said the remarks during an interview with SVT (Sweden’s public broadcaster), then went on to compare the relationship between Swedish and Chinese media to a situation where “a 48kg weight boxer keeps challenging an 86kg weight boxer to a fight.”

Three parties in Sweden’s parliament have already petitioned for Gui Congyou to be thrown out of the country. Sweden’s foreign minister, Ann Linde, has already denied the option of expelling Gui Congyou, but she also made it clear that Sweden won’t accept threats from China.

Gui Congyou, who was appointed ambassador to Sweden in 2017, has repeatedly angered lawmakers in the country with his remarks over the years.

This isn’t the first time when the relationship between Sweden and China went sour.

Chinese-born Swedish publisher Gui Minhai has been detained since late 2015 by Chinese authorities, who accuse him of writing several books that are critical of China’s leadership. Ambassador Gui Congyou had something to say about Minhai as well, calling him a “lie-fabricator” who “committed serious offenses in both China and Sweden.”

Commenting on Swedish media’s coverage of Gui Minhai, Gui Congyou cited a Chinese proverb: “We treat our friends with fine wine, but we have shotguns for our enemies.”

What do you think will happen to Mr. Congyou? Let us know in the comments below!