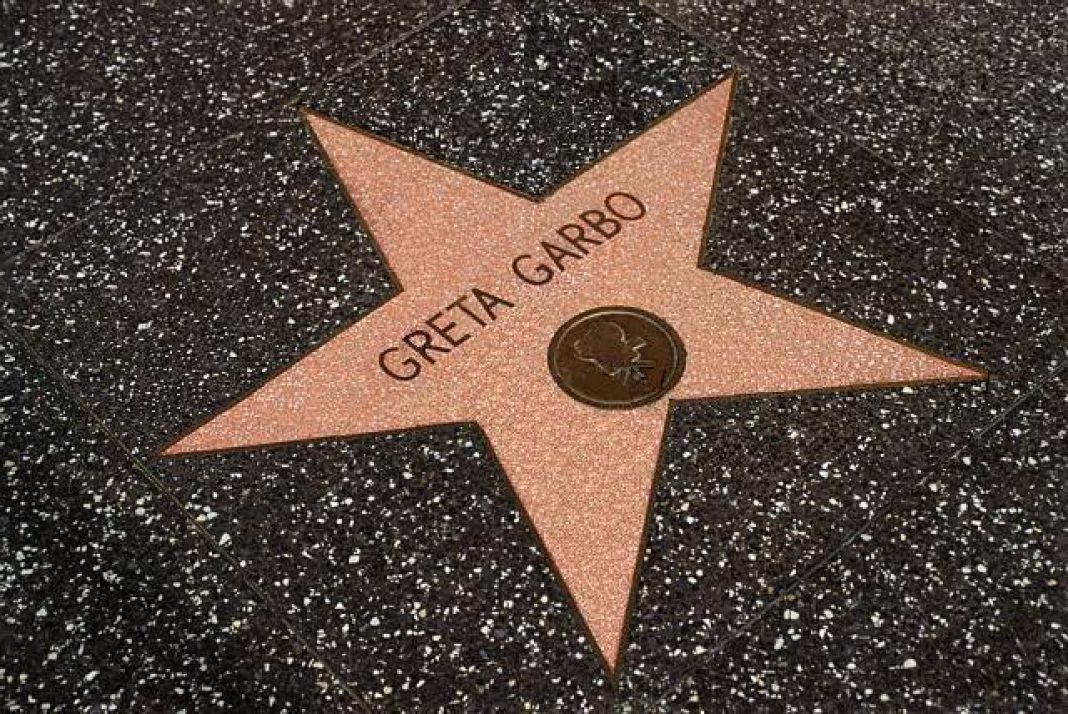 This article was originally published on March 10, 2018.

As most people know, the Hollywood Walk of Fame on Hollywood Boulevard and Vine Street in Los Angeles are monuments of achievement in the entertainment industry. The stars laid out on the ground carries the names of all of the most famous actors and actresses, musicians, directors, producers and more. But what you might not know is that there are as many as 10 Scandinavian stars on the walk.

Here are a list of the five Swedish, one Finnish, two Norwegian and two Danish stars that shines extra bright in Hollywood:

Ingrid Bergman was a Swedish actress who is mostly famous for her starring roles in American films – but she also made several Swedish, French, German, British and Italian films! She won three Academy Awards, two Emmy Awards, and a Tony Award for Best Actress. In 1999, The American Film Institute (AFI) ranked her as the fourth greatest female star of all time in American cinema. She starred in famous movies like Casablanca (1942) and the Alfred Hitchcock thriller Notorious.

Stiller is also said to have been the one to discover Greta Garbo.

Swedish-born Greta Garbo (originally Greta Lovisa Gustafsson) is mostly known for her acting roles in Hollywood’s silent film period. She starred in only 27 movies in the US, but she’s still considered one of the most popular Hollywood stars and the AFI ranked her as the fifth biggest star through the ages. She was also one of the few actresses who were able to make the transition from silent to sound films.

Did you know? Garbo was apparently very shy and never answered any fan letters, did any interviews or autographs and never attended any movie premiers.

Kirsten Flagstad was an opera singer and Wagnerian soprano from Norway. Her voice was called “the voice of the century” by several critics and she’s still seen as one of the greatest singers of the 20th century. She was also the first director of the Royal Norwegian Opera and she is the only Scandinavian on Walk of Fame who’s star has the category “Recording”.

Danish Karl Dane (born Rasmus Karl Therkelsen Gottlieb) was an actor and comedian, mainly known for his silent movies. He is especially known for The Big Parade (1925) – one of the most successful silent films of all time. He teamed up with George K. Arthur in 1926 and together they formed the famous comedy duo Dane & Arthur. But when the film industry started doing sound movies, Dane’s thick Danish accent became a big problem and could no longer get any prominent roles. He eventually killed himself in 1934, which has been cited as an example of the fate of many silent movie stars who couldn’t transition from silent to sound films.

Signe Hasso, born Signe Larsson, was only 12 years old when she was accepted as a student at the Royal Dramatic Theater in Sweden. Her first film was Tystnadens hus, which she made with German film director/cameraman Harry Hasso – who she also married the same year.

She moved to the states in 1940 and signed a contract with RKO Studios, who promoted her as “the next Garbo”. She starred in films like Heaven Can Wait, The Seventh Cross, A Scandal in Paris and A Double Life.

Norwegian Sonja Henie was a Norwegian figure skater and American actress. She has won more Olympic and World titles than any other ladies figure skater and she was one of the highest paid actresses in Hollywood. She starred in films like Second Fiddle, Thin Ice, My Lucky Star and Sun Valley Serenade.

Ann-Margret Olsson was an actress, singer, and dancer from Sweden, who’s most famous for her roles in Bye, Bye Birdie, Viva Las Vegas (where she starred opposite Elvis Presley), Carnal Knowledge, Tommy, Grumpy Old Men and The Cincinnati Kid. She has won five Golden Globe Awards and been nominated for two Academy Awards, two Grammy Awards, one Screen Actors Guild Award and six Emmy Awards.

Danish Jean Hersholt was a big film and radio talent in the US. He did 75 silent films and 65 sound films and for 17 years and starred in Dr. Christian on the radio. He is also well known for his role in Greed (1924) and as Shirley Temple’s grandfather in Heidi (1937).

Anna Q. Nilsson was one of the most famous silent film actresses in the world and starred in about 200 silent movies. Only two years after her move from Sweden to the States, she was named the “Most beautiful woman in America” and in 1928, she was the highest-paid actress in Hollywood. The same year, she also beat the record of most fan mails – 30,000 letters per month!

Nilsson became the model for the beauty ideal of the 1910’s, “The Gibson Girl Look” and she was the first Swedish actress to get a star on the Walk of Fame.

Did you know? The “Q” in her name stands for Quirentia, a name that her father made up the day she was born because she was born on March 3o – Saint Quirinius’ Day.

Vide Olsson
Vide Olsson was born in Örebro, Sweden and moved to Los Angeles in January 2016 to study art. Today she is studying Design, Communication & Arts at UCLA.