Home Los Angeles Events WHO RUN THIS: A showcase of artists from the Nordics + la 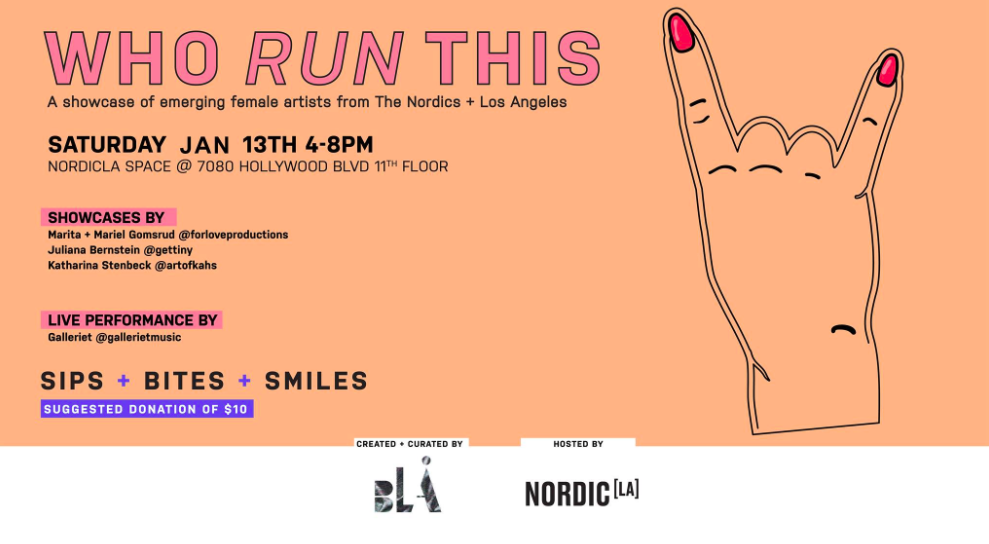 WHO RUN THIS?
A showcase of emerging female artists from the Nordics and Los Angeles

Hosted by nordic.la // A creative space and soft launching pad for Scandinavian artists and businesses in Los Angeles