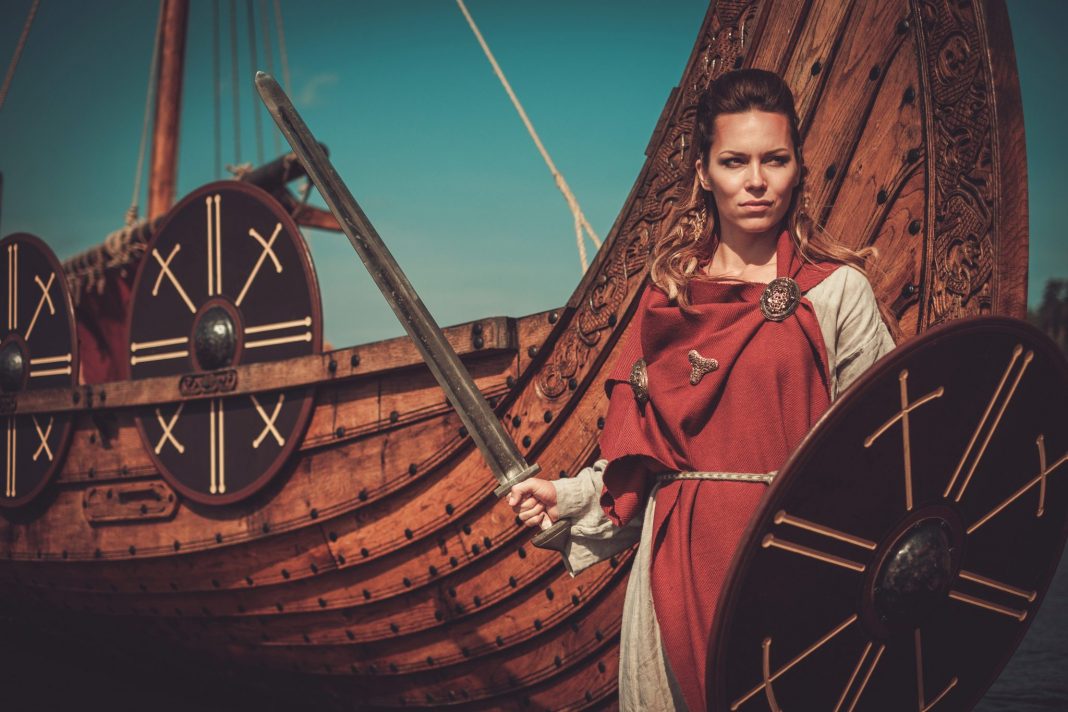 Birka, Sweden.
Ten years ago, archaeologists and historians found the remains of what seemed to be a fierce warrior in the Viking Age town, Birka, in Sweden. Buried together with two horses and war equipment, the warrior was originally thought to have been a man because of the items found in the grave.

Recent osteology and DNA-tests show that the remains belonged to a female:

“It’s actually a woman, somewhere over the age of 30 and fairly tall, too, measuring around 5″6,” archaeologist Charlotte Hedenstierna-Jonson of Uppsala University, told The Local. The findings were made during a study, which is published in the American Journal of Physical Anthropology.

The woman was buried in the mid-10th century together with several deadly weapons and two horses.

“Aside from the complete warrior equipment buried along with her — a sword, an ax, a spear, armor-piercing arrows, a battle knife, shields, and two horses — she had a board game in her lap, or more of a war-planning game used to try out battle tactics and strategies, which indicates she was a powerful military leader,” Hedenstierna-Jonson said and added, “She has most likely planned, led and taken part in battles.”.

The grave where the woman was found was discovered and excavated by Hjalmar Stolpe, a Swedish archeologist, at the end of the 19th century. Hedenstierna-Jonson described the grave as being “the ultimate warrior Viking grave”. The belongings found in the grave were presumed to belong to a man simply because of their “manly” nature. But when Anna Kjellström, an osteologist at Stockholms University, had a look at the remains a few years ago  – she noticed something interesting. The cheekbones were thinner and much finer than what the remains of a man would be, and the hip bones were feminine.

After an osteological and DNA-analysis, it was confirmed, the remains belonged to a woman.

“This image of the male warrior in a patriarchal society was reinforced by research traditions and contemporary preconceptions. Hence, the biological sex of the individual was taken for granted,” Hedenstierna-Jonson, Kjellström and the eight other researchers behind the study, noted in the report.

Hedenstierna-Jonson described it as a fantastic find but said it is unlikely to completely up-end historians’ view of the Viking society as being patriarchal, mainly constituting of male warriors. “It was probably quite unusual [for a woman to be a military leader], but in this case, it probably had more to do with her role in society and the family she was from than her gender,” Hedenstierna-Jonson told the Local.

We can only wonder about the exciting life of this woman, and how many more, similar to her, existed during the Viking Era.