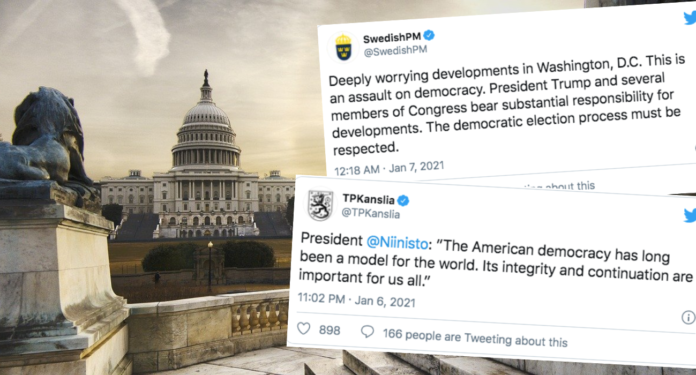 The world followed closely as armed rioters stormed the very center of the most powerful democracy in the world – the U.S. Capitol. The horrifying scenes in Washington D.C. served as a reminder to many world leaders how truly fragile democracy can be, even in the United States.

Many took to social media to express their concerns, with Nordic PM’s, presidents, and foreign ministers condemning the actions and reminding the world that democracy must be protected at all costs.

This is what they had to say:

Iceland’s President didn’t directly comment on the storming of Capitol Hill but congratulated President-elect, Joe Biden, on the win and ended his tweet with some old Nordic wisdom.