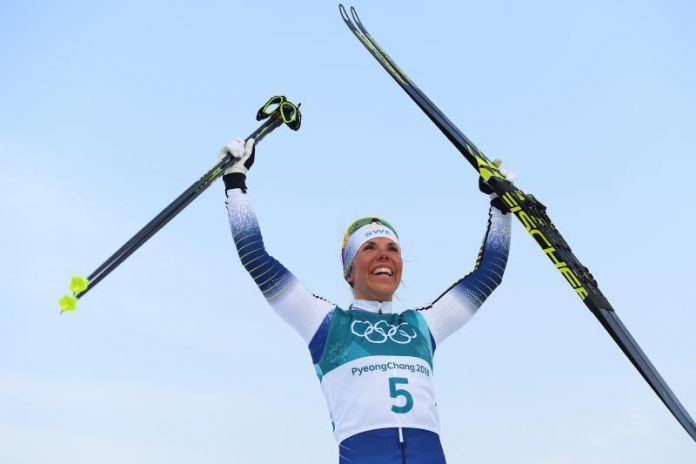 The 2018 Winter Olympics are heating up thanks to a talented and tenacious group of Nordic athletes.

Norway, the historical winner of all the Winter Olympic games (with a total of 350+ medals!), is currently in first place. Trailing shortly behind is Germany, Canada, Netherlands, and France.

What makes Norway such a winning team? Their secret to success is actually a formula of long, snowy winters; a high GDP that supports state of the art training facilities; the genuine friendship between teammates; and humor – there’s an old folk saying that “In Norway, kids are born with skis on their feet.”

“I think we are lucky to be on this team,” said Klaebo, the youngest member of the Norwegian team. “… To be able to take the gold is unbelievable.”

FUN FACT: On 6 February 2018, before the games, the Norwegian Olympic Team chefs inadvertently ordered 15,000 eggs from South Korea because of a Google Translate error. They only wanted 1,500 eggs.

Sweden, who is currently in 12th place on the Olympics standings, is also having a very exciting time. The Swedish men’s curling team, led by skip Niklas Edin, is the only undefeated team in the tournament. “I am not surprised we are playing well but I am surprised we are both undefeated so far,” Edin said, “because that takes a lot at the Olympic Games to not lose any games… We have to try to keep it up and keep our focus out there.”

Edin and his team will be facing off against the USA tomorrow in a race for the gold medal. With the way things are currently going, there’s a very good chance that they’ll raise their gold medal count to 6!

A few spots below is Finland at number 19. Although they haven’t won a gold medal yet, Finland has already racked up four bronze medals – two of which were won by cross-country skier Krista Pärmäkoski in the Women’s 15-kilometer skiathlon and Women’s 10-kilometer freestyle.

Although Iceland has not won any medals yet, they are currently competing in two sports: Alpine skiing and Cross-country skiing. The final Nordic country to compete, Denmark, is involved in five sports: Alpine skiing, Cross-country skiing, Curling, Freestyle skiing, and Speedskating. Although they haven’t won any medals yet either, we wish them (and all of the countries) luck and a successful time at the Olympics!