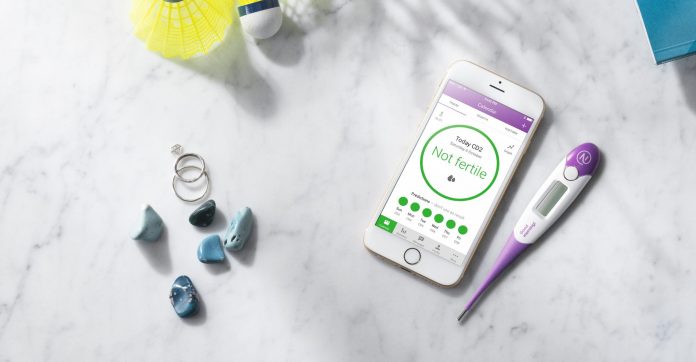 Birth control is an essential aspect of every sexually active woman’s life. Most modern women want to have control over when they get pregnant and some might even wish to avoid pregnancy altogether. Thanks to science, there are a number of medical solutions and procedures that allows you the freedom to choose. The most common methods being contraceptive pills and injections or IUDs, etc.

However, these solutions can cause health problems, especially with regular use. Hormonal birth control pills are known to alter the body’s chemical balance and have an impact on the mood. Some women are more sensitive to hormonal birth control and experience problems like skin concerns, headaches, etc. Some studies have shown that a select number of women also experience depression when they’re on the pill or using the ring.

Fortunately, the Swedish company Natural Cycle wants to make birth control easy and hormone free for all you ladies out there. The app was developed by Dr. Elina Berglund and her husband Raoul. It has proven to be very popular with Swedish and European women with approximately 250,000 users to date.

The journey for this groundbreaking app has been difficult but Natural Cycle has proven to be a great success. It was recently approved as a medical device by authorities in Europe. Until then, the app was deemed a fertility computer, which didn’t do justice to its ability and accuracy, which is more helpful when preventing a pregnancy rather than planning one. Although the app works both ways. In 2016, the app was finally allowed to be marketed as a contraception and in the same year, the company received SEK 50 million in venture capital.

So how does Natural Cycles work?

Most women’s bodies undergo fertility cycles every month making her fertile when she ovulates. We can normally only get pregnant up to 6 days in one cycle. Th highest chances being during the ovulation period. After ovulation is complete, the eggs are alive for about a day. If a woman has sexual intercourse with a man before the ovulation period, it is probable that she can fall pregnant since sperm can remain alive and active for up five days inside of her.

The Natural Cycles app uses a carefully created algorithm that tracks the basal temperature of the woman and takes factors like sperm survival, temperature fluctuations, and cycle irregularities, etc, to calculate a woman’s ovulation cycle accurately. It will provide the user with accurate information regarding ovulation, fertility, period, PMS and help them keep track of different stages of their cycle. The app will actually be so courteous that it will send you a message on days you might be feeling a bit down because of your impending period.

With a two decimal basal thermometer, you can keep track of your ovulation cycle, by measuring their temperature every morning before you get out of bed. The app will tell you which days can be considered safe to have sex and which days you risk falling pregnant, in which safety measures such as condoms should be used.

Will this app work and break successfully into the US market?

While there are fertility tracking apps and systems available on the market today, Clue, Ovia, and Daysy being some of them, none have the accuracy and sophistication of the Natural Cycle app.

An article published in the Swedish magazine Veckans Affärer claims a study shows that the app is actually so accurate, that it is even more efficient than birth control pills. Wired says in an article that it is 99% effective when used properly.

This app has been immensely successful in Sweden over the past few years. Until recently, their sales consisted of mostly Swedish users but there has been a surge of users from the UK and now an interest from the U.S. as well.
Natural Cycles wants to answer to that interest and are now looking to break into the U.S. market as an FDA Approved contraceptive system by 2018. FDA has never approved an app-based natural contraception solution in the past but Natural Cycles hopes it will make an exception in this case.

While Natural Cycles might face the very difficulties with U.S. authorities that it first did with European authorities, we are crossing our fingers that the app makes its way to the U.S. market, where women are still looking for effective alternatives to hormonal birth control.

This natural, healthy, hormone-free birth control, that doesn’t have an impact on the body’s chemical composition in any way, is the birth control that every woman deserves.