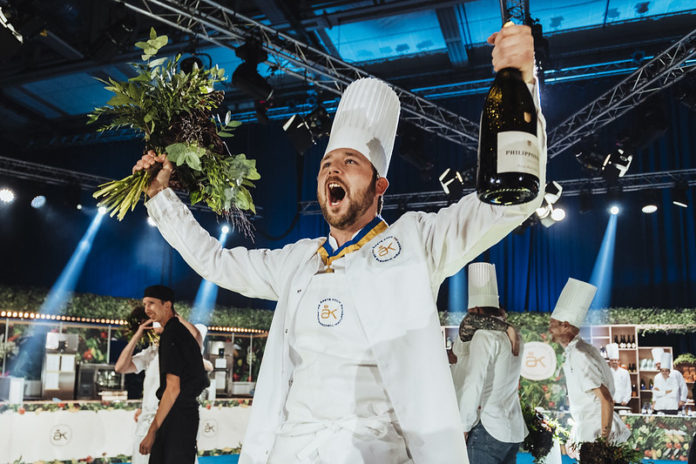 Sweden’s Chef of the year 2020 has been crowned!

And it is none other than the 28-year old Stockholm-native, Ludwig Tjörnemo.

The annual contest called “Året’s kock” tries some of the greatest talents in Swedish gastronomy by competing against each other in creating innovative, and of course mouthwatering dishes. Although the competition this year looked a lot different from previous years due to COVID, the finale was a real nailbiter.

The contestants were asked to create two dishes with rabbit being the focus ingredient. The winner Ludwig Tjörnemo, served his rabbit with a mushroom foam that seems to have knocked the judges of their chairs, scoring the highest of all contestants on rabbit dishes.

A more innovative segment of the contest was the third dish, which had a focus on sustainability and preventing food waste. The contestants were asked to create a dish from bread that had expired. The winner of this particular challenge was Luqaz Ottosson.

Ludwig Tjörnemo currently works at Unilever and Restaurant Étoile. He was the winner of the Culinary Olympics in 2016, and have previously worked at trendy Stockholm restaurants like Miss Voon and Operakällaren.

The award was presented to the winner by Prince Carl-Philip, Duke of Värmland, who was also part of the jury.