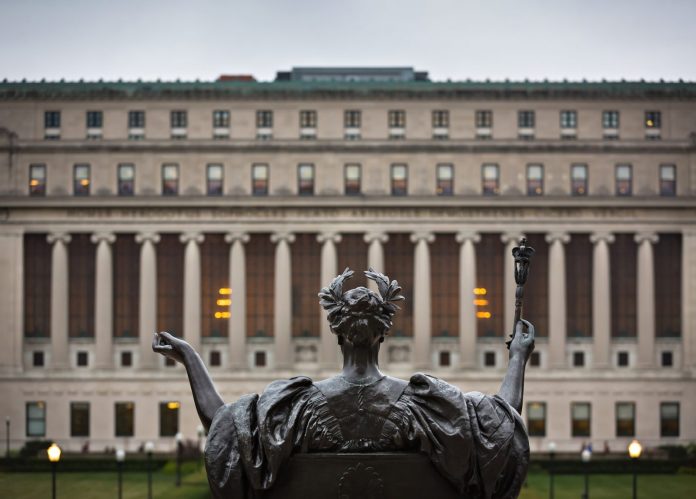 Why any Swedish College Graduate Should go Abroad

Young, Swedish and college educated, packing your bag and going abroad could be the best financial investment you’ll ever make. Although there’s no straight path to a career in the U.S, the goal itself is not unattainable. While the process will take some spirit, the reward will pay off – big time. Here’s one good reason why and how times might be changing for the better with Trump, from a 21-year old Swedish college student.

Before coming to the University of Illinois at Urbana-Champaign in August 2016, my greatest misperception of life in the U.S was that it is more expensive to live in the U.S than in Sweden. It is often told how you would have less wealth in America because of expenditures taken care of by the government back in Sweden. And to be honest, I have little experience from expenditures such as health care insurance, but looking strictly at students’ outlook for their coming years, the American dream is more alive than ever. Building wealth from income is not only possible, but very much likely for those lucky to carry a college degree.

In America, you can actually work your way to wealth – this is in fact, not a reality in Sweden. In Sweden, building wealth from employment income is close to impossible because of various factors, one of them Sweden’s effective marginal tax on high incomes which outruns any other country (75 percent, compared to U.S 48 percent). Instead, ownership of businesses and capital returns are the key determinants of individual wealth in Sweden. In the U.S, work requiring a college degree is rewarded with high salaries and lower taxes allows one to decide what to do with your earnings yourself. The differences in earnings between someone who choose not to pursue an academic career and someone who did is, in Sweden, so low incentives to work hard are bottom low in global comparison. For anyone with the ambition, incentives to work abroad are real. 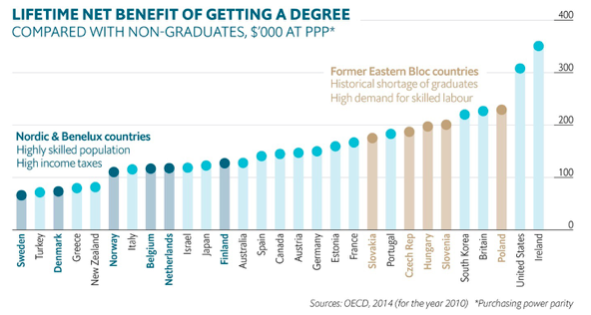 As a Swedish exchange student at the University of Illinois on a one year full-ride scholarship, I daily have discussions with my American classmen regarding Sweden’s ¨free¨ tuition and how great it must be – and you can’t disagree it isn’t to some great extent. But unlike for me, for many lucky Americans, there could be a real financial return on investment for going to college, unless I also become a part of a system that encourages work. Despite tens of thousands of dollars in tuition annually, American college students can potentially expect real financial reward compared to Swedish college graduates over time.

The most recent event on U.S immigration is Trump’s speech to Congress where he for the first time expressed an ambition to introduce a new ‘’merit-based’’ immigration system. The Trump administration is calling for a larger share of U.S immigrants to hold characteristics similar to the ones Swedes do: education, financial self-sufficiency and language fluency. Inspired by the successful merit based systems in Canada and Australia, Trump seeks to fundamentally reform the current immigration system. This change of American immigration policy would likely not have been a priority under Democratic rule, and is a truly historic event beneficial to young, educated, Swedes of all backgrounds looking to pursue a career in the U.S.

Given an international perspective, the fact that financial wealth could be more easily attainable overseas should worry Swedish policy makers and employers of long-term ¨brain drain¨. Relevant to any Swede looking to go to the U.S for work is the creation of Trump’s new immigration system. As the political changes provide opportunities never seen before by the millennial generation, any young Swede should be excited about Trump’s new legal immigration policies.

In the context of the lucrative opportunities awaiting anyone bold enough to take the step across the ocean, I think more Swedish students should be informed about the income disadvantage and see opportunity in a new American immigration system. Even if we are yet to tell what shape a merit based system will take one thing remains firm: if there are no incentives to work hard, go somewhere where there are.